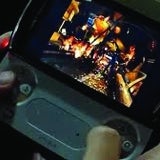 The company, which has struggled to gain market share against rivals such as Apple, is reassessing the tone of voice it uses in its marketing campaigns in order to highlight Sony Ericsson’s points of difference against other manufacturers.

UK and Ireland marketing director David Hilton says: “We are not sure our voice is clear at the moment, so we are reviewing that in order to be more transparent. People still know us for what we’re good at but we need to sharpen up at communicating our compelling points of difference.”

Sony Ericsson has suffered a torrid start to the year, with the Japanese tsunami destroying large amounts of stock and parts. Its “hero” smartphone launch of the year, the Xperia Play gaming phone, was one of the devices most affected and suffered a series of delays before finally becoming available this summer.

Hilton says that the tsunami led to the company having to pull £1.5m of advertising because demand for stock was beyond the amount of physical devices left to ship.

Sony Ericsson is the sixth biggest smartphone maker in the UK, with a 6.2% market share, according to comScore. Its closest rivals are Samsung, which has an 8.3% share and HTC, with 16.9%.

Hilton says that the company is “optimistic” for quarter four sales of the smartphone as Sony Ericsson develops its gaming proposition and reviews the pricing of the Xperia Play handset as it bids to become the “dominant Android player”.

The Xperia Play had been criticised by analysts and commentators after figures in May revealed that the flagship launch games for the device – such as Cool Boarders 2 and MediEvil – had only sold in their hundreds, rather than the thousands expected.

Ahead of the Christmas period, Sony Ericsson will ramp up its marketing around the entire Xperia range of handsets, with a mix of sampling, TV, outdoor, retail and digital campaigns, which look set to include celebrity ambassadors.

He adds: “We are going after the same customers as our competitors, but we are going to create some excitement for the consumers that are being hit by 1,001 mobile messages, by leveraging our Xperia range with our entertainment heritage.” 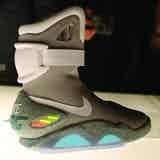 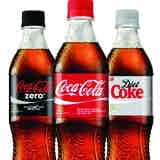 Coca-Cola is rolling out new packaging for its 500ml drinks range as part of its ambition to make all of its bottles from plant-based materials and recycled plastic by 2020.