Sony is rolling out the brand message “make.believe” (read as “make-dot-believe”) that will feature in advertising across its businesses Sony Ericsson, Sony Computer Entertainment, Sony BMG, Sony Pictures and brands such as Playstation 3 and Vaio.

Lennard Hoornik, Sony Ericsson corporate VP and global head of marketing, says the new tagline aims to reflect the message that “anything you can imagine, you can make real”.

It has also updated its visual identity, adding seven new colour variants to the logo, as well as a new “liquid energy” visual flowing from the logo. It was designed by Iris.

Cathy Davies, head of brand strategy adds the brand developments will aim to give the handset maker a more playful identity as well communicating with consumers in a “more emotive way”.

It is part of the company’s ongoing repositioning strategy to be known as a “communications entertainment” brand.

Sony Ericsson is planning to invest an estimated £7m in the fourth quarter to promote its new hero handsets, the Japanese named phones Satio, Aino and Yari.

The global launch will be spearheaded in the UK, with work created by Saatchi & Saatchi. It will be first time the handset maker will feature the “make.believe” tagline in its advertising.

It plans to launch a major above-the-line campaign, as well as digital and experiential flash mob activity centred around an attempt to bring space hoppers back into popular culture.

Mars is understood to be reviewing its UK media buying business with a view to consolidating into one agency, following its acquisition of The Wrigley Company last year.

Pedigree, the Mars-owned pet food brand, is to publish a children’s book to promote its Pedigree Adoption Drive charity. 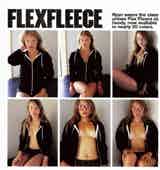 A magazine ad for fashion retailer American Apparel has been slammed by the Advertising Standards Authority for sexualising children.