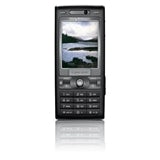 Sony Ericsson has teamed up with The Times to launch a photographic competition as a means of showcasing the cameras on its phones.

The handset manufacturer is encouraging people to use their mobiles to take photos that could end up in the newspaper.

The campaign will run for six months, and each week the best photograph will be chosen with the winner receiving Sony Ericsson’s new Cyber-Shot K800i cameraphone. A monthly winner will then be selected and their image will appear in the newspaper.

To launch the campaign, The Times will run a selection of pictures taken on the K800i by one of its in-house photographers. The competition will also be promoted through print and online promotions in conjunction with The Times.

At the end of the competition, each of the weekly winners’ photographs will be displayed at a London gallery, where a panel of judges will vote for an overall winner, who will be named Cameraphone Photographer of the Year.