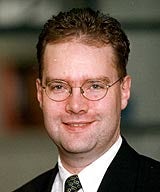 Sony Ericsson Mobile Communications has unveiled a management structure for its UK operation, including a marketing chief from the electrical goods giant.

Sony Mobile’s UK business unit manager Peter Marsden will be responsible for marketing at the UK arm of the venture company, which started operating from Monday and was formed by the merger of Ericsson’s consumer products division and Sony’s mobile phone business.

It has also been confirmed that the brand name for the new company will be Sony Ericsson. The brand will begin to appear on handsets next year along with a new logo for the venture.

In a similar move to Sony and Ericsson, Motorola and Siemens are also reported to be in discussions about merging their handset operations.