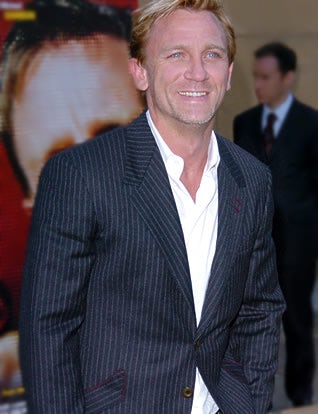 Sony is launching a new TV campaign featuring Daniel Craig as James Bond to promote its high-definition television sets, in a partnership with the new James Bond film “Quantum of Solace.” The ad goes live tonight on Channel 4 (October 15).

The campaign, which will later also include cinema and in-stores, has been created by Fallon. Sony is also launching an official licensed limited edition 007 VAIO laptop – the Bond Z Series – available from Sony Style and selected Sony Centres.

Matt Coombe, general manager, Marketing, Sony United Kingdom Ltd, says: “The campaign demonstrates that Sony delivers the whole entertainment package, from content to equipment, bringing together Sony’s leadership in High Definition with one of the world’s most powerful movie franchises, as well as giving us a great opportunity to showcase our world’s first 200Hz technology. Sophistication, quality and international appeal make James Bond a perfect fit with the Sony brand”.