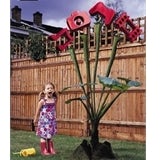 Sony PlayStation is rolling out the first European trials of its wi-fi Spot product in the UK this week.

Sony says PlayStation Spot “offers promotional opportunities for content creators of all types and genres, from record labels to multimedia producers”. Spot is to be rolled out in a controlled trial across nine countries in Western Europe and Australia, with a total of 300 PlayStation Spot units in retail locations, including HMV and Gamestation. A fully enabled service is to be rolled out early next year.

Sony is in talks with various film companies about providing content for Spot. A spokeswoman at Sony PlayStation UK denies that Spot is in any way connected to the reported failure of Universal Media Discs (UMDs), to take off. UMDs are media with films that can be screened on the PSP.

Industry observers have questioned the popularity of UMDs, as stores in the US are reported to have reduced the amount of shelf-space allocated to them. The spokeswoman says Spot is not designed to push UMD film or games titles, but that it is “designed to showcase the functionality of the PSP and offering multimedia content that’s free” and broaden the product beyond gaming.