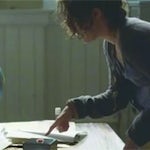 The video, created by Blackadder and Four Weddings and a Funeral writer Richard Curtis, shows shows schoolchildren, actress Gillian Anderson and ex-footballer David Ginola being blown up for not caring about climate change.

The gruesome four minute video ends with the caption: “Cut your Carbon by 10%. No pressure.” It was withdrawn from the campaign last week after widespread complaints.

Sony said that while it had fully supported 10:10 and its objectives, but that video was released entirely without its knowledge or involvement, and therefore it was disassociating itself from the campaign.

The company’s logo has today been removed from the 10:10 website.
In a statement the technology brand says: “The company considers the video to be ill-conceived and tasteless.”

“We also believe this video risks undermining the work of the many thousands of members of the public, schools and universities, local authorities and many businesses, of which Sony is one, who support the long-term aims of the 10:10 movement and who are actively working towards the reduction of carbon emissions”

“Sony believes that it had no other option than to also condemn the video in the strongest possible terms and Sony is disassociating itself from 10:10 at this time,” the company adds.

The 10:10 campaign is designed to encourage people, business and government to cut their carbon emissions by 10%.

Founded by film director Franny Armstrong, 10:10 is backed by a range of organisations including Comic Relief, O2 and Sony.

Yesterday, O2 confirmed it was sticking with the campaign, stating 10:10 was an independent organisation and it had no editorial control over the content of its campaigns. 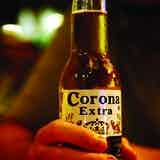 Molson Coors has vowed to provide “significant” marketing support for Corona Extra after agreeing a deal to distribute the brand in the UK. 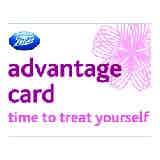 Boots has extended its Advantage Card loyalty program by allowing customers to collect points at other retailers including Asos.com and Thomas Cook.