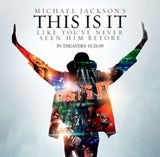 The Japanese electronics firm’s net loss in the three months to 30 September compared with a profit of 20.8bn yen (£138m) in the same period last year.

Revenue from Sony Ericsson, its joint mobile phone venture with Sweden’s Ericsson, slumped to €1.6bn (£1.4bn), while net losses ballooned to €165m (£147m) from a loss of €18m (£16.2m) a year earlier, as it struggled without a strong smartphone offering to rival Apple’s iPhone.

Despite reporting an increase in unit sales of its PlayStation 3 consoles, up from 2.4 million in the second quarter last year to 3.2 million this, the games division registered a 24.2% drop in revenue to 352.6bn yen (£2.34bn).

Sony cut the price of the console earlier this year to better compete with Nintendo’s WII console and Microsoft’s Xbox.

Better news came from its music division, which saw sales increase 146.9% 124.5bn yen (£827m), boosted by sales of Michael Jackson albums in the wake of his June death.