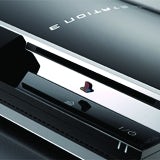 The PlayStation and Qriocity movie and music networks have begun a phased restoration in the United States and Europe. Other territories are set to follow.

The service began to return this weekend but due to the amount of customers requesting new passwords, it has only been online intermittently.

Sony first discovered the breach to its network on 20 April but came under criticism after it took two days to inform its 77 million affected customers of the attack.

It was then revealed that Sony had suffered a second attack, putting 25 million more customers’ details at risk.

Sony’s executive deputy president, Kazuo Hirai, says: “I’d like to send my sincere apologies for the inconvenience this incident has caused you, and want to thank you for all the kind patience you’ve shown as we worked through the restoration process.”

The company says it will introduce a “welcome back” package for customers, including membership extensions and free PlayStation Plus memberships to compensate for the network being offline.