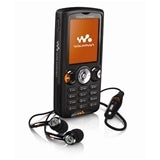 Sony Ericsson has signed a two-month deal to promote its latest Walkman phone through a virtual gig guide on MSN Messenger.

The phone company has developed a Messenger “buddy” which sits within a user’s contact list and provides up-to-date information on gigs, club nights and shows, based on the genre of music the user prefers and where they live.

The campaign to promote the W810i phone was planned by media agency MEC Interaction. It goes live on May 27 and will be backed by online ads on MSN’s portal, including the Today and Entertainment pages as well as across Hotmail and Messenger. Separately, Sony is embarking on a new viral campaign to promote its new Walkman flash MP3 player. The Toon Crisis game has been developed by viral marketing specialists Kempt and is being launched this week across a number of sites.