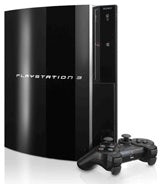 The electronics giant has now disabled a second online network, Sony Online Entertainment (SOE), that houses massive multiplayer online (MMO) and Facebook games, after it was found to have been hacked last month.

Sony says personal information of 24.6 million customers including passwords, direct debit records and birthdates may have been stolen in the hack, discovered by its engineers earlier this week.

The SOE shutdown follows the closure of the Sony PlayStation network, when it was discovered that 77 million customers’ details may have been compromised after an “illegal and unauthorised intrusion”.

Sony’s “buzz” slumped to -2.88 yesterday (2 May), down from +17.4 on 25 April, before details about either of the attacks emerged, according to YouGov’s Brand index, which measures brand reputation.

Patrick Seybold, Sony’s senior director of corporate communications and social media, says in a blog post: “We continue to work with law enforcement and forensic experts to identify the criminals behind the attack. Once again, we apologise for causing concern over this matter.”

Seybold also denied reports that a group had tried to sell millions of credit card numbers back to Sony.

Sony says it will offer its customers 30 additional days on their existing premium memberships, if they have suffered damage due to the hack. The company says it is in the process of outlining a “make good” plan for its PlayStation 3 MMO servers, due to be released this week.