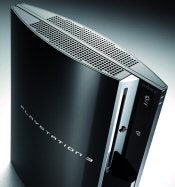 Sony has unveiled further details of the imminent launch of its PlayStation 3 console. Instead of its usual mass-market television approach, it is to air ads on on-demand channels Sky Anytime and Channel 4’s 4oD from tomorrow (Friday) – a week before traditional networks.

A cinema execution of the ad is to run without any branding, giving the impression it is a film teaser. It is also pushing hard in the digital space with deals with Flickr and Second Life. All activity is party of the This is Living strategy for the launch.

The major shift in Sony’s ad strategy for the PS3 launch was exclusively revealed in Marketing Week last year (December 7, 2006)

As part of the push, TBWA/London has created eight characters – including a quiz show legend called Bruce Leghorn – to front PS3 marketing across TV, cinema, print or online.

The above-the-line ad campaign, which breaks on TV from March 16, will promote the website www.thisisliving.tv, where consumers will also be able to access clips ads and other marketing material.