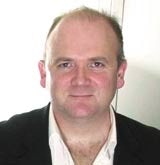 Soul co-founder Kevin Brown is to join Bartle Bogle Hegarty in an effort to beef up the agency’s media capabilities. Brown, a former Starcom Motive media director, will work alongside BBH chairman Jim Carroll and is thought to be introducing a combined media model originated at Soul.

It is not clear what title Brown will be given at BBH.

Starcom was born out of BBH’s media department ten years ago. In 2003 Publicis bought out the last of BBH’s stake in the media agency.

Brown left Soul, now known as Nitro, after Chris Clarke’s global Nitro network took full control of the agency in June, in pursuit of an expansion programme in Europe. It had taken a stake in April. Managing director Duncan Bird also left Soul – itself a BBH breakaway – without a job to go to.

Brown founded the agency in 2000 with Duncan Bird, Andy Bird, Bruce Crouch and Seamus O’Farrell, all of BBH. They said that the agency’s structure would be unusual, with creative teams working alongside off- and online designers, communications account handler and planner, rather than being housed in separate departments.

Since leaving the agency, Brown has been linked with a number of roles at Naked Communications and within the Aegis group.

Neither Brown nor BBH were available for comment as Marketing Week went to press.

The article entitled “Brands sign up to London recycle push” (MW September 15)â led me to wonder whether the Coca-Cola company was one of the signatories to the scheme. For a long time I have thought that the likes of Coca-Cola and McDonald’s should pay some sort of environmental taxâ given that their cans, bottles […]

Chris Dobson has been appointed marketing director for website positioning company WebObjective. Dobson previously worked at the Automobile Association where he headed the AA’s Car Buyers’ Guide online project and was latterly head of insurance retention.

Advertising agency HDM has merged with direct marketing shop WDPA and digital specialist Mitchell Conner Searson (MCS) to form an integrated agency called Souk Communications. The agency has three operating divisions – Souk Advertising, Souk Response and Souk Digital. It has 60 staff and billings worth about &£40m. Its clients include Sony, Tesco and Vodafone. […]