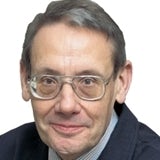 A divorcee is taking legal action against a dating agency she claims matched her up with a series of misfits. The judge deserves our sympathy

One does not need to be a friend of officialdom or an admirer of our judges to feel a pang of sympathy for the presiding judge of Gloucester Court and the county’s local trading standards officer, both of whom have had placed before them a can, which, they will discover upon opening, contains as tangled a collection of worms as one could wish to find outside a black- bird’s stomach.

The cause of their impending anguish is a complaint brought by Janet Forse, a 49-year-old divorcee, who has been unlucky, or as she would put it, deceived, in her search for love. Feeling the need for male companionship, she turned, as so many do these days, to a dating agency. Now, it is the modus operandi of these organisations to ask their clients to provide a detailed list of specifications – rather as one might when placing an order for a new car, and then to scour their stockroom for a matching item.

Mrs Forse was clear about the model she wanted. She told the New Horizons Dating Agency that she required a rugged, educated, muscular, non-smoking man with his own home and a good sense of humour. In addition, he should be aged between 40 and 55 and financially secure in a semi-professional job.

Having laid down the criteria in these specific terms, Mrs Forse stood back and waited for New Horizons to deliver the goods as per her instructions. In this, she says, the company failed lamentably. She quickly found herself in receipt of a series of lemons. Among the specimens dispatched were three who were out of work and one who lived in a caravan. In all, she was introduced to eight men, all of whom she describes as social misfits.

“I told them the kind of man I was looking for but it’s as though they just ignored everything I said and just matched me with anyone who happened to be on their books,” she says.

“I asked to meet a rugged, well-built man, and they sent me on a date with a marathon runner. He was a lovely man but you just wouldn’t put us together – he was so skinny. The first date I went on, he was extremely shy and had no dress sense. The second, third and fourth were all unemployed and one of them lived in a caravan. One man phoned me to set up a date in a drunken state, which was quite threatening.” She has lodged a claim at Gloucester County Court to have her &£250 signing-on fee refunded and complained to her local trading standards department.

The case is a reminder to everyone in marketing of the importance of sound promotional material, an accurate description of goods supplied and the paramount claim of customer satisfaction. Like it or not, the law is firmly behind the consumer. Not only do we have the Sale of Goods Act, the Trade Descriptions Act, and an Office of Fair Trading, we also have the Advertising Standards Authority, the Weights and Measures Inspectorate and a legion of investigative journalists ever on the qui vive for rogue traders. Whereas once the law was reasonably straightforward – if you passed off a spavined nag as a racehorse or sold an elixir that brought people out in itchy spots, you were in trouble – it is now hideously complicated.

What will the court and the trading standards officer make of Mrs Furse’s grievance? Among the many questions they must answer is, can a caravan dweller be accurately described as owning his own home? Might a marathon runner of slight build be classed as rugged? Is an apparently poor dress sense merely a good sense of humour interestingly expressed? Might embarrassment at having one’s physique subjected to scrutiny and – a man can sense these things – be found wanting, be mistaken for shyness? Might a tongue-tied telephone call to a stranger to arrange a blind date be mistaken for inebriation?

It will be with some relief that the court will adjudicate on the distinction between being unemployed and engaged in a semi-professional job, which on the face of it seems straightforward. However, I can think of several people, myself included, who are ostensibly employed but bone idle.

And what will the judge and the trading standards officer make of New Horizon’s slogan, “More choices, less chances”? Putting to one side its grammatical shortcoming, it cannot be faulted on the evidence supplied by Mrs Furse. She received eight choices and, with each, encountered a reduced chance of finding what she wanted.

As for the trading standards officers, whose duties entail a thorough examination of the goods – or in this case suitors – supplied, who would want their job? â¢