But in doing so, it may be opening the floodgates to cybercrime. “Over the years, we have seen a surge in malicious activity in countries introducing faster, cheaper, and more accessible broadband,” says Gordon Love, regional director for Africa at security solutions provider Symantec. “Our research has also shown that events such as the Olympic Games and the World Cup trigger online fraud, fake websites, phishing and spam attacks, and hacking.”

Spam and other cybercrimes are already rising in South Africa, with Scotland Yard recently uncovering 100 criminal scams relating to the World Cup there. Symantec is shortly to launch a website providing infromation on Internet threat activity directly relating to the football tournament.

Kingsmill is to launch a new range of bread called Oatilicious, which will be baked with a combination of wholegrain oats and wheat flour. Its launch will be supported by a £1.3m advertising campaign. 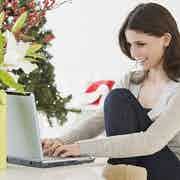