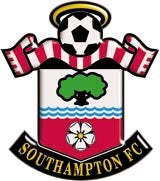 Davies will take over from Paul Blanchard, who was poached by Surrey Cricket Club last month to head its marketing team (MW, March 18). Davies will begin work at the Premiership club next month.

Davies is marketing manager of Liverpool Victoria. He holds specific responsibility over the Frizzell financial services brand, and has overseen the brand’s sponsorship of the England &amp; Wales Cricket Board’s flagship county championship competition. A replacement for Davies has not been announced.

Prior to Liverpool Victoria, Davies was marketing manager at Nissan, where he was responsible for the launch of the company’s financial services arm, Nissan Finance. He has also held marketing posts at Volkswagen.

Davies says that he will be responsible for all marketing duties at Southampton, including finding and maintaining corporate sponsorship and developing retail opportunities using the Southampton FC brand. He will also develop the club’s affinity marketing scheme, and will seek to exploit its database of fans.