Southern is owned by Govia and runs train services running from London to the suburbs and the South East coast, including Brighton and Southampton, and also operates the Gatwick Express.

It carried about 120m million passengers last year but numbers are believed to be dropping.

VCCP will develop press and outdoor activity and also work for online and direct marketing. The pitch was handled by the AAR.

The company recently tendered for the Southern/Gatwick Express consolidated franchise and in June was appointed. The train operating company will now run the franchise until 2015.

Hamelin Paperbrands, the branded notepad and books manufacturer, is set to unveil its first television ad in the UK to promote its new range of notepads, Oxford. 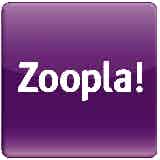