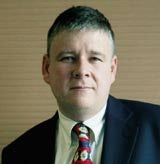 SP has also been acquiring a range of companies in the marketing, sponsorship, television and new media sectors. Recent purchases include Swiss company TSE Consulting, which advises governments and cities on bidding campaigns for major sporting events, bought in June, and Clever TV, which owns the Dreamleague.com sports games site, bought in January.