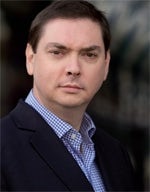 Admit it. At one time or other, we’ve all had an embarrassing picture or two on our computers.

About 15 years ago, I used to have a lovely x-ray image of the hemispheres of the human brain. I’d copy and paste it into a PowerPoint deck whenever I needed to make a point about rationality and emotion.

Back then, we all knew that the left hemisphere was the home of reason, while the right one was the home of creativity. We now know that this is about as accurate as the Victorian pseudo-science of phrenology, whose practitioners claimed that they could spot a future mass-murderer by feeling for lumps on a subject’s scalp.

Neuroscience has shown that the physiological tell-tales of logical reasoning and creative ideation aren’t confined to specific areas of the brain.

Scientific fact notwithstanding, I still hanker after an explanation of mental processes which has the same brutal simplicity as the old right brain/left brain model. That’s why I’m especially excited by a new book called Thinking, Fast and Slow by Nobel prize-winning economist Daniel Kahneman.

Kahneman’s argument is not brutally simple. It’s complex and nuanced and beautifully argued. But the basic idea has a binary straightforwardness than even my shrivelled walnut can cope with. Namely, that we use two processing systems to think with.

System One is a legacy of our prehistoric past. It’s the rapid, instinctive, always-on system which tells us that the rustle of leaves in the forest is a signal that a sabre-toothed tiger is on its way to eat us.

By contrast, System Two deploys active, analytical thought to problems. It uses a lot of energy, so we don’t have it turned on all the time.

System One saved a lot of our ancestors from a painful death. But it can easily be misled. For example, think of those geometrical puzzles where one line appears shorter than another, but actually the two are of equal length.

We can learn to improve the judgement of System One. That’s why the art experts in Malcolm Gladwell’s Blink are able to spot a fake in the bat of an eye. But for most of us, System One remains an opaque window onto a complex world.

Now all this is interesting in an airport bookstore kind of way, but what has it got to do with our day jobs? Quite a lot, I think.
Because reading Kahneman put me in mind of Robert Heath’s magisterial 2001 monograph The Hidden Power of Advertising.

This was a rather sensational title for what was actually a scientifically reasoned argument against the old ‘persuasion’ model of advertising so beloved of 1950s admen like Rosser Reeves.

The book introduced the concept of ‘low-involvement processing’: the idea that most of the time, active decision-making about brands is secondary to intuitive, instinctive choice, and that this kind of decision-making is most often influenced by simple memory triggers like colour, shape and sounds.

Heath’s work caused a modest flare-up in one of the few great intellectual struggles in the history of advertising: the epic Ehrenberg / Jones confrontation.

Andrew Ehrenberg argued that advertising is a ‘weak force’, best employed to maintain repeat purchase of a given brand within a customer’s category repertoire. By contrast, John Philip Jones has a greater belief in the power of advertising to change behaviour: the so-called ‘strong force’ position.

Ehrenberg’s fans (including his intellectual inheritor, Professor Byron Sharp) have used low-involvement processing as support for their ‘weak force’ position. But I’m wondering if Kahneman’s thinking actually gives us reason to consider both camps.

Certainly – and I’m not sure this view is widely shared – I would call the kind of ads that Jones admires System Two ads. They don’t necessarily cleave to the persuasion school principles beloved of direct marketers, but they do require higher-engagement processing on the part of the audience.

The basic idea is that we use two processing systems to think. System One is a legacy of our prehistoric past. It’s rapid and instinctive. By contrast, System Two deploys active analytical thought to problems. So what if marketing communications follow these two systems?

What’s the practical use of Kahneman’s model of the way the brain works?

To start with, I think it gives us an interesting rule of thumb for planning communications, not least considering the states of mental alertness into which we place them. I also think it’s a useful reminder to be clear about which system we’re trying to engage.

To wit, there’s an ad on telly at the moment that I think makes my point. It features a charming animation of a hapless skier descending a slope to the tune of TV’s ‘Ski Sunday’. Over the top of the music there’s a load of information about some telecoms deal or other.

To understand the deal, I need to engage System Two. But the ad triggers only System One: images and memories of winter sports, Sunday afternoons and Day-Glo leisurewear.

Now, I’m fully expecting someone to write to me with the news that the commercial in question is shifting shedloads of telecoms deals, and I hope it is. But if that is indeed the case, I suspect Professor Kahneman would be surprised by the news. 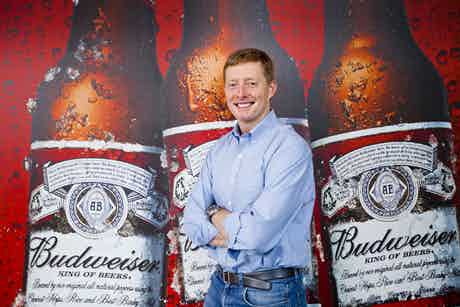 AB InBev CMO Chris Burggraeve reveals how he harnesses the power of social media in this week’s cover feature Click here to read what other marketers have to ask Chris Burggraeve about looking away from traditional TV advertising Marketing Week (MW): Is irresponsible drinking a uniquely British problem, and if so why? Chris Burggraeve (CB): […] 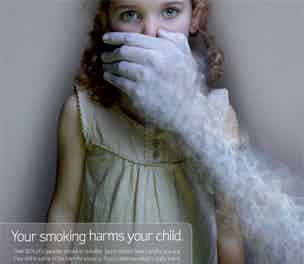 The government is to launch what it claims is the “most hard-hitting” anti-smoking campaign in recent years to warn of the hidden dangers to children from second-hand smoke.