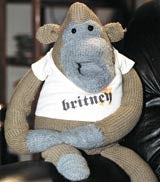 Crazy Frog has hopped into the footsteps of the 118 118 runners, the ITV Digital monkey and Levi’s puppet Flat Eric to become the latest craze created by marketers. His gibberish lyrics and catchy tune have even beaten rock band Coldplay to the number one spot in the singles charts, and follow in the tradition of the Budweiser “Wassup” campaign and the “You know when you’ve been Tango’d” strapline in capturing the nation’s attention.

But despite attracting a level of PR coverage that money could never buy, Crazy Frog is now facing a backlash.

Hundreds of complaints have flooded into the Advertising Standards Authority, perhaps suggesting that Jamster, the mobile entertainment company responsible for the ringtone, has gone too far. The ASA has received more than 1,200 complaints about the ad, mainly concerning the frequency of exposure of the creature (MW last week). As it is unable to adjudicate on this basis alone, frequency being the responsibility of individual broadcasters, the ASA is to investigate claims that the ads target children and do not make it clear how much the downloads cost.

A taddy too dodgy?

There are reports that consumers, specifically children, think they have signed up to buy a single ringtone costing &£3 when in fact they have agreed to pay a regular subscription fee for a bundle of mobile entertainment. Other ringtone companies are now voicing concerns that Jamster could be giving the market a bad name and are calling for more transparent pricing.

Developing a craze, no matter how well planned, is still a high-risk strategy for marketers because there are no guarantees of a return on investment. Even if the gamble pays off and the marketing campaign hits the jackpot, there is the risk of over-exposure and a resulting backlash. In the end it could cost the company’s long-term branding efforts.

Stef Calcraft, a partner at Mother, the agency behind the ITV Digital monkey campaign, explains that craze marketing and brand marketing are two different things, the only commonality being the launch of a product. He explains: “The idea of craze marketing is as old as marketing itself. [It is a] deliberately pitched concept that by its very nature will be a one-hit or one-season wonder. Brands do not want one-hit wonders: crazes do.”

Few people in the industry believe that any craze takes off on its own. In the case of directory enquiries service 118 118, advertising agency WCRS employed the theory of memetics – that an idea has to be memorable and easily replicated to be passed on by consumers. The phrase “Got your number” and the two pale runners in 1970s-style shorts and dodgy moustaches striding along to the Rocky theme tune were instantly contagious and The Number ended up overtaking BT to become market leader in a year.

FutureBrand European chief executive Patrick Smith says: “I think that a craze has to be planned. Twenty years ago you could rely on guerrilla marketing and word of mouth to launch a product, but I don’t think you can do that any more. Jamster is a perfect example of that. It is a deliberately planned campaign and the company must have spent millions on it because the ad has swamped every channel.”

Last year, Jamster took more ad spots each month than any other advertiser, although this was only across niche cable and satellite channels. Then earlier this year it changed tack and started using the mainstream ITV1, taking 3,500 spots on the channel in the first two weeks of May (Nielsen Media Research). Over the same period it ran 42,000 spots in total, spending an estimated &£5m to &£10m on television advertising.

In for a pound

This strategy, believes Carat operations director Steve Hobbs, produces wastage: ” A lot of money is being used targeting people who won’t be that interested in rintgtones. If the company is talking to the wrong people, its margins are going to get tighter.

He adds that Jamster is also alerting parents to how much their children may be spending on ringtones. 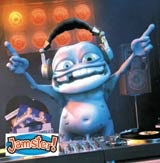 Jamster chief operating officer Markus Berger de Leon says the aim is to target ringtones at a wider market than just young people. He refuses to say how much the company spends on advertising, but admits that it runs into “several” million pounds a year, depending on the country and the channel being used. Jamster’s media buying is handled by MediaCom, although it also buys direct in some territories.

Berger de Leon explains that Crazy Frog and his fellow characters, which include Sweety the Chick and Nessie the Dragon, are tested extensively before launch to ensure they have potential for widespread appeal. But he believes it is the ringtones rather than the characters that have led to Jamster’s success.

He adds: “We have tuned into something that people want. This is now where the music industry is making money: ringtones make more money than singles sales. Jamster is at the forefront of this market.”

He says that the Crazy Frog character will have a shelf-life of about four to six weeks before the company moves on to the next ringtone. It means the company has a short period of time in which to make a return on investment, and to cover the cost of the character – about &£500,000 – and music rights. He explains: “Our margins are diminishing, people want better quality ringtones and that requires greater investment. When it was just mono and polyphonic ringtones, we only had the composer to pay. Now with the real music tones, there is the artist to pay as well. It isn’t a licence to print money.”

Ringing in the profits

Internet and telecoms group VeriSign acquired Jamster a year ago, and its communications services division, of which the ringtone company is part, reported profits 0f $242m (&£133m) for the first quarter of 2005, up 19 per cent on the last quarter of 2004.

But despite generating a craze, not all marketing campaigns end up delivering financial returns. Johnny Vegas and the monkey captured the imagination of the country but they could not save ITV Digital from collapsing in 2002.

Mother’s Calcraft claims the double act was the only thing mourned by the public when ITV Digital folded, but he does not predict the same fate for the frog. He says: “When the Crazy Frog falls off his invisible bike, the only thing the nation will mourn is the fact that he ever got on it in the first place.”