Creativity in marketing is an elusive concept that relies on both individual talent and brands putting the right processes in place to allow that talent to flourish. Yet as marketers are required to react at greater speed and with higher levels of innovation in order to differentiate themselves, should brands start looking outside their organisation and agency network for new sources of creativity?

Kellogg’s is one brand that has spread its net wide in the search for creative people. Earlier this year, the company hired independent artist and designer Dominic Wilcox to create a series of inventions that reimagine everyday breakfast objects such as cereal bowls and spoons in a playful way.

Wilcox is renowned for his quirky creations, having previously had work displayed at London’s V&A museum and other global exhibitions. In response to Kellogg’s brief, he came up with a range of different inventions including a ‘cereal-serving crane device’ that children can attach to their heads and a ‘cereal sogginess detector’.

The inventions are prototypes used for a PR campaign, which launched last month to show how technology could change the way people eat breakfast in the future. Kellogg’s is sharing the creations through images and video content on social media that show people testing the devices.

Wilcox’s work has helped to generate strong publicity for Kellogg’s, including around seven million video views across Europe and coverage by media brands such as the Daily Mail, the Huffington Post and Yahoo. Last month, Wilcox even appeared on US talk show The Late Show during which host Stephen Colbert gave a demonstration of the crane device in action.

Peter Soer, vice-president of marketing for breakfast foods at Kellogg’s Europe, explains that the PR campaign is part of the ongoing ‘Love your Cereal’ brand platform, which was promoted in September to coincide with the back-to-school period. However, after several years with a similar focus, Kellogg’s wanted to inject a fresh source of creativity.

“With some of these themes that we think are evergreen – back-to-school, the goodness of cereal and milk – the question is how do you try to build an extra level to it each year?” asks Soer. “This year, to make the campaign reach further, we had an in-depth look at what brand PR could do across a number of countries.”

Although Kellogg’s seeks to build a creative internal culture through fostering a collaborative, cross-functional approach to different projects, it also draws on external talent such as Wilcox when it is looking for new ideas or fresh momentum for a campaign.

“When you bring in a new lens – someone like Dominic – you don’t quite know where they’re going to go [with an idea], but you know they’re going to bring their own bit of magic,” says Soer.

Wilcox, meanwhile, reveals that he was pleasantly surprised by the level of trust and freedom afforded to him by a large company such as Kellogg’s. He has also worked on design projects for a small number of other brands, for example Mini and Nike, but insists he only accepts a brief when it allows him to produce something that fits with his creative vision.

“It has to be something that I’m proud to put my name to,” says Wilcox. “I’m not working for the brand – I see it more like the brand is sponsoring art.”

Creative agencies are similarly keen to connect brands with external, independent creatives, according to M&C Saatchi group chief strategy officer Mark Sinnock. His role involves helping to assemble the right teams for different briefs and co-ordinating resources so that creativity is optimised and brand objectives are met.

“While our industry does set itself up as very competitive and tribal on the surface, underneath that there’s a huge amount of collaboration and partnership,” says Sinnock.

The need to create bespoke solutions for brands, often with limited budget, also prompts agencies to seek external support. For example, M&C Saatchi’s work on the House of Peroni – a biannual London pop-up dedicated to the beer brand – involves working with independent creatives and a limited range of media channels to help it reach its target audience of cultural influencers.

“Part of the job is to find the new wave of creative individuals that are coming up – the entrepreneurs and innovators to co-create and work with,” adds Sinnock.

Although some brands have opted to bring more marketing functions in-house, such as digital or design, Sinnock insists that agencies are vital for providing an outside perspective and for testing creative ideas. Part of his role involves mixing up teams and finding new ways of working with a brand to prevent the two sides from slipping into a safe formula.

“It’s a tough ask, because the reason that businesses are profitable is because they follow a formula and produce the same product time and time again,” he notes. “Our job is to continuously find fresh ways of coming up with a new product – whether it’s a piece of communication, a technology or a service.”

Matthew Barwell, CMO at soft drinks group Britvic, claims that collaboration between his company and its agency partners is so strong that it is often difficult to distinguish between the two sides (see Q&A, below). In order for creativity to flourish, clients must deliver an exciting, insight-led brief, he suggests.

“If the client isn’t passionate in the delivery of the brief, then how can you expect the agency to be?” asks Barwell. “It’s important the agency feels excited about the creative opportunity but also understands the content of the brief and what the client is looking to achieve.”

For furniture retailer DFS, having trust in its agency partners is a huge part of the creative process. The brand is launching a new TV advertising campaign this month, which aims to convey its British heritage and craftsmanship. The spot, produced by creative agency Krow, features real DFS craftsmen and women, who were cast on the day of the shoot, rather than professional actors.

DFS head of marketing Mark Mallinder says that he prefers agencies that present bold and challenging ideas, rather than playing it safe. Having worked with Krow since 2011, he was confident that its risky approach to casting the new advert would pay off.

“I don’t need an agency that just tells me what they think I want to hear,” he says. “If we’re clear about what we want to achieve, we can put ideas on the table, look at the pros and cons and make a decision about it. It’s about being challenged, because otherwise we’re not stretching ourselves enough.”

Krow’s founder Nick Hastings supports this view, arguing that an open and honest relationship between client and agency will allow creativity to thrive. “A lot of client-agency disagreements are fuelled by a client’s fundamental lack of trust that the agency understands the business,” he says.

For small businesses, meanwhile, starting out with a strong creative culture is vital for future growth. Bright HR, a provider of HR management software, has placed great importance on its recruitment processes and internal management structure as it seeks to become a dominant player in its B2B market.

This translates to the layout of the company’s Manchester office, which is primarily open-plan with a large artificial garden in the centre of the room. Bright HR’s 70-strong staff are encouraged to sit and share ideas across different departments. The office also incorporates a range of games including an Xbox console, spacehoppers and Nerf guns to make the working environment more enjoyable.

Paul Harris, CMO at Bright HR, says that talented, creative developers are in short supply in the technology sector, meaning that companies need to create an internal culture that stands out in order to attract them. Given its ambition to become a disruptive force in the HR software market, the company wants its staff to think for themselves and take risks.

“People have a certain modus operandi; when they turn up to a job, they have a certain way of doing it. If you do what you always do, then you’ll get what you’ve always got, and that’s mediocrity,” asserts Harris.

“We don’t want to have a mediocre brand or product, so you have to snap people out of that and get them to think about their job differently.”

How do you establish a creative culture within Britvic?

I’m a firm believer that everyone is capable of being creative and I think it’s important to give people the right time and space to explore their creativity. At Britvic, we strive to create an environment where people feel free to take risks and are not afraid to fail. Even if mistakes are made, it’s a valuable learning process, which often leads to creative brilliance at a later point.

What do you look for from candidates when recruiting creative people?

Examples of previous work and campaigns are a good indication of creative flair, but for me it’s more important that the people I work with demonstrate certain key behaviours. Evidence of creative thinking, curiosity and great communication skills are key. These qualities are crucial to engage people and to tell a story in new and exciting ways.

Brilliant creative work and innovation are rarely the product of one individual’s genius, rather they’re the result of a team’s hard work and collaboration, so I look for people who will work well with others. A positive attitude and determination are also essential to succeed in marketing as you’ll come up against many obstacles and will need to sell ideas that may be considered risky internally to get sign-off.

Is there a danger of brands losing their creative edge and becoming overly reliant on agencies for creativity?

Both clients and agencies have a creative role to play, and every step in the marketing process requires creative thinking, from strategic planning to budget allocation, to art direction and message hierarchy on [point-of-sale marketing]. It is an ongoing creative process from start to finish. I often sit in meetings where you can’t tell who is the agency and who is the client.

The best agencies recognise a good opportunity and that the chances of hitting on a big idea are stronger when there’s a collaborative relationship in place. I’m excited by the opportunity for brand teams and agencies to work even closer as one team to deliver truly inspired and effective marketing campaigns. 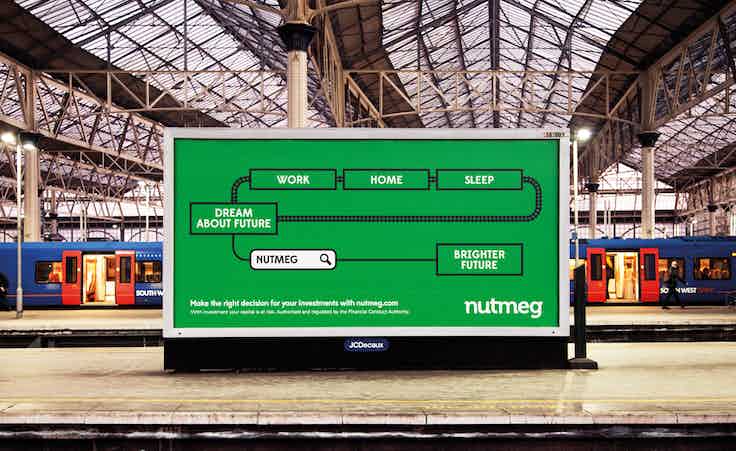 The most successful startups aren’t shy about being forward, but their branding has to be immediately arresting and recognisable despite the lack of heritage and history. So what design tricks do startups use and what can established brands learn from them? 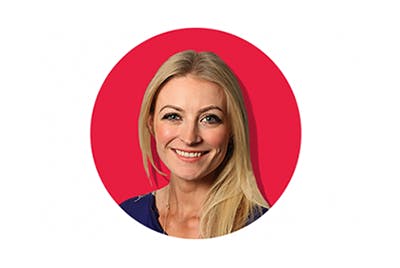 The chief marketer job title is endlessly being rebranded. But every so often, a pitch for a new acronym makes sense when you look beyond the initial idea. 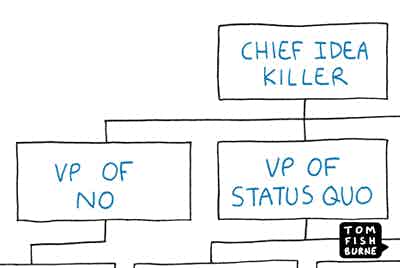