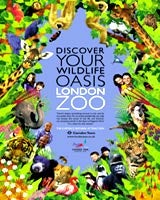 The agency, based in London, recently picked up the National Maritime Museum advertising brief to promote its summer exhibition on ocean discovery and navigation.

Curio won the three-year contract in April, following a four-way pitch (MW April 18). Equinox was appointed to handle media planning and buying at the same time.

Last week, just before it folded, it emerged that Curio was chasing a &£1m BBC Worldwide global advertising campaign for the BBC World TV Channel.

Receiver Valentine &amp; Co has been appointed to handle Curio’s affairs. The agency was regarded as a film specialist and created the controversial poster image for the United International Pictures film Ali G Indahouse. The Advertising Standards Authority ordered the poster, with its strapline “Tax Da Panty” be dropped (MW March 28).

However, Curio also had a wider portfolio, including London Zoo, for which it created the “Discover your wildlife oasis” poster campaign, and sports fashion brand Oxbow.

No one from Curio or Valentine was available to comment on the reasons for the company’s closure or the state of its finances.