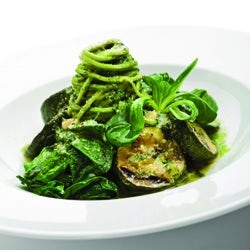 A growing number of consumers are turning to meat-free food and other products that have certain allergens, such as gluten or lactose, removed from their ingredients.

Although only 6% of the UK’s population consider themselves vegetarian and only 1-2% are estimated to have food allergies, the meat-free and free-from food market is expected to grow 44% to around £1.25bn by 2016, according to exclusive research obtained by Marketing Week.

This growth is being driven by an increased openness to both meat-free and free-from products by people who eat all types of food, not just vegetarians or consumers with food allergies, the study by Mintel reveals. More than half of consumers (55%) say they sometimes choose meat-free foods for variety, and 51% make a meal from them because they look appealing.

Although one in five consumers say they would like to cut back on meat, only 4% are restricting their meat intake because of environmental concerns, whereas 25% are doing so for health reasons and 26% because of financial constraints.

Mintel’s head of UK food, drink and food service research Kiti Soininen says: “The level of openness people have for meat-free food is quite surprising. Half of adults are saying ‘As long as it looks good, it doesn’t matter if it doesn’t have meat in it’.”

Echoing this change in consumer perception is that the free-from and meat-free market has grown 28% since 2006 and was worth £868m at the end of 2011.
According to Soininen, this growth has been partly driven by food price inflation, but a number of new product launches have managed to offset some of the problems that tighter consumer budgets have inflicted on the category. Meat-free foods alone are estimated to be worth £565m, and returned to growth this year, up 4% on 2010.

Soininen says: “There is some underlying growth for meat-free. Brand activity has played quite a considerable role in keeping that up, for example the Innocent Veg Pot and Easy Bean [microwaveable meals] and similar own-label products, which have in part boosted the visibility and sales of those meat-free products.”
Product development in the free-from category has helped it grow, as has better integration of these products into the mainstream supermarket aisle, says Soininen.

Own-label has the largest market share of both meat-free (58%) and free-from (46%) foods. Soininen says: “The scale of own-label is largely about distribution. It’s also about the fact that they’ve got more of a cross-category position.

“For example, Tesco has a presence across dairy-free, gluten-free and meat-free and so that gives it a strong position. And Tesco’s price positioning also helps.”
According to Soininen, own-label has such a high market share because vegetable-based products (such as vegetarian lasagne) are included in the figures and this is a place where own-labels fare well. However, if the results just included meat substitutes, rather than vegetable-based products, then Quorn would have a much higher market share, she explains. 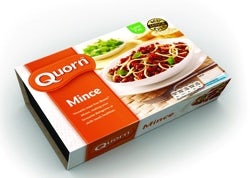 In the meat-free category, Quorn has the second largest share (22%), while Cauldron and Linda McCartney are two other high-profile brands. Both Quorn and Cauldron were sold by Premier Foods in January 2011 to Exponent Private Equity, which has invested more in marketing, focusing on “weight management” and positioning Quorn as a lower-fat option, rather than as a solely vegetarian brand.

Soininen says: “Premier Foods accounted for more than 90% of the ad spend in meat-free foods in the last five years, which gives you some idea of just how much the visibility of the advertising for the meat-free market as a whole depends on that one operator.”

Linda McCartney was one of the few brands that reported a growth in sales in 2010, which was in part due to a major integrated media campaign that invited customers to submit their own recipes. The winning dish – a mushroom and ale pie – was then released as part of the new range.

Like Quorn, Alpro soya milk has attracted new consumers by marketing itself as a product that contributes to a healthy lifestyle rather than as part of a restrictive diet. The entrance of well-known bread brand Warburtons into the gluten-free space – the first mainstream bakery to enter the sector – has also increased the visibility of free-from foods in supermarkets, explains Soininen.

Getting away from being seen as foods specially produced for particular diets has been a strategy employed for the last few years. In 2010, high protein was the most popular product claim, with 47 new products asserting this in their marketing and packaging.

This year, ethical values or environmentally-friendly packaging have been key claims, with 42 new products stating green credentials, compared with 32 in 2009 and 2010.

But the market still has some way to go. Nearly half (47%) of consumers say they are put off by meat substitutes because they are artificial and 40% think pre-packaged vegetarian or meat-free foods are bland or boring.

Soininen suggests that brands need to promote their products as exciting vegetable-based alternatives rather than emphasise the absence of meat. She says: “Looking at cuisines that are authentically meat-free might be an area to be developed. Innocent Veg Pots, for example, are based on a dish idea that you could make without using meat.” 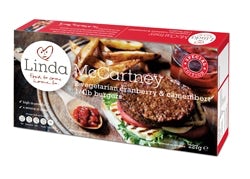 The report identifies four target groups, based on their attitudes towards meat-free foods. ‘Meat-free Enthusiasts’, who make up 37% of the population, are motivated by the wellbeing of themselves and their families and can be targeted by stressing the health aspects of meat-free produce.

The ‘Open to Persuasion’ group (23%) occasionally eats meat-free food but is generally unimpressed by what’s on offer and needs to be won round by new recipes and exciting products.

The ‘Disinterested’ category (17%) enjoys meat, but doesn’t necessarily have a negative perception of meat-free products. Mintel believes that this group might change its attitude towards health over time and so a similar approach to the Meat-free Enthusiasts might resonate over time.

And people who are ‘Turned off by Tofu’ (23%) find meat-free foods largely unappealing. Mintel predicts that sampling campaigns would encourage this group, which includes enthusiastic meat eaters, to give free-from foods another chance.

But making products more mainstream risks alienating their core consumers. More than a third (35%) of people who have a household member following a restricted diet trust specialist brands more than either supermarket own-labels or large mainstream brands.

Soininen says: “Whether or not it is wise to appeal to more consumer segments very much depends on the brand. You have to be worth the price premium you charge – and you must be careful not to lose your specialist credentials if you go mainstream.”
But it is not just people with specialist dietary requirements or those on healthy eating drives that eat free-from foods. Their family members are often influenced by their dietary restrictions and choices.

More than two in five adults live in households in which at least one person avoids certain foods and around one in six with at least one person who avoids certain foods out of choice. A third of consumers (33%) in households with a special dietary requirement or choice feel that the eating habits of their family members affect their own – but the recession has had an effect on the purchase power of this latter group, the report shows.

Soininen says: “One in three people that have someone with special dietary needs in their household say they have cut back since the recession. It is easy to cut down on Quorn, for example, because you can replace it with vegetables. You could argue the same thing about gluten-free biscuits, they are not ‘necessary’.

“Some people have bought into these markets because they’re not exactly allergic to milk or they’re not exactly vegetarian but they feel good about not eating meat. For those people it’s very easy to cut back but for those that are lactose-intolerant, they will still buy soya milk because it’s part of their core diet.”

She concludes: “The meat-free and free-from food market has far from reached its full potential. Although price, perceptions of taste and the absence of recognisable brands are still holding it back, these are not insurmountable issues.”

I think the growth in own-label meat-free brands will continue, as this report suggests. Supermarkets are investing a lot more into their own-brand ranges. I have seen a lot of evidence of this from Tesco and Sainsbury’s over the past few months. The supermarkets are even introducing premium and basic level own-brand meat-free products to cater for the ever diversifying market.

The quality of ingredients in own-brand vegetarian products is also improving. A veggie sausage is no longer just soya with added flavours. The new Linda McCartney range includes vegetarian sausages with red onion and rosemary and burgers with cranberry and camembert.

We’ve seen a real move towards the mainstream for the meat-free market – it’s no longer seen as a specialist area. Our own Vegetarian Society Approved trademark used to only be seen on specialist products but nowadays, you are just as likely to see it on Warburtons bakery products or Whitbread pub menus.

Around one in every 100 adults in the UK is diagnosed with Coeliac disease [so cannot eat gluten, found in wheat], not including those with an intolerance, allergy and other health-related issues.

It is clearly evident that there is an ever-increasing group of people who avoid gluten as part of a healthy lifestyle, highlighting the importance of good quality, mainstream food choices for all. The gluten-free market globally has doubled in size since 2005 due to a variety of new entrants into the sector (brand and own-label) and an overall increase in awareness of gluten free in general.

The Quorn brand has grown strongly in 2011, fuelling £6.5m of the £9.5m category growth, according to IRI data. We have also seen similar evidence and macro health trends that mean this category is ready for aggressive growth. Our own research found that 69% of UK households are open to a meat-free meal.

The health benefits of Quorn mean it can answer the needs of a large group of consumers, whether it’s to eat less fat, watch their weight or eat a healthier diet. Quorn allows consumers to create healthier versions of their favourite meals. Traditionally, healthy eating has meant cutting down or giving up your favourite foods.

Our focus in 2012 will be to make Quorn and meat-free relevant to a wider audience beyond its traditional vegetarian roots through new product innovation, renovating the current range and a £7m investment to drive year-round awareness through TV-led advertising. 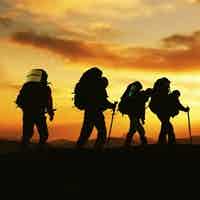 Pinning down the right time to target people directly and influence their decision-making is no longer a matter of luck, thanks to advances in real-time data tools. 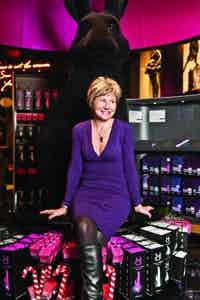 Ann Summers marketing director Fiona Davis talks to Tanzeel Akhtar about the brand’s 30-year journey during the sexual revolution of women , its latest X Factor-style campaign and keeping on the right side of risqué. 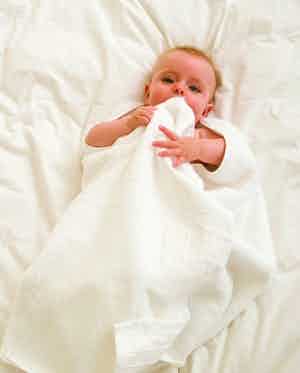 Are you giving away the baby? Companies are handing over their most precious asset, their brand, by entrusting external managers with specialist knowlege of those sectors to take control of their commercial diversifications. Will it pay off?