The first of the 10-part series will air on More4 on 17 January, with repeats following on Channel 4.

The series has been created by Cactus TV, the company behind the book club, which originated on the Richard and Judy show on Channel 4.

Each 30-minute episode will be presented by celebrities including Jo Brand, Gok Wan, Laila Rouass, Dave Spikey and Nathaniel Parker, who will be joined by celebrity and famous authors such as Kate Mosse and Audrey Niffenegger, the author of The Time Traveler’s Wife, whose books have previously featured in the TV Book Club.

Viewers will also be able to share on the book chosen each week as members of the Real Book Club.

In addition to the 10-part series, an eight-part series called Summer Read will air later in the year.

The funding deal follows the optician’s sponsorship of the Crime Thriller Awards 2009.

Specsavers marketing director, Richard Holmes, says: ‘Sponsorship of the Crime Thriller Awards opened a new chapter for us and so it seemed only natural to continue our relationship with Cactus TV and fund The TV Book Club. The partnership highlights our passion for reading and there’s no doubt that this ten part series and the Summer Read will be even more successful, with its new format appealing to a variety of audiences.’

The deal was brokered by partnership marketing agency, MEC Access, a division of Mediaedge:cia.

Creator and producer of the original Book Club, Amanda Ross, says: ‘We’re delighted to be bringing the Book Club back to TV screens. Thanks to Specsavers we have a home on More4. We would also like to thanks publishers, libraries and retailers, who have all provided invaluable support, which is set to continue to create a whole new wave of star authors. The book Club is without a doubt the TV series I am most proud of and I’m looking to the start of its new chapter!’

The 10 books include: Juliet, Naked by Nick Hornby, The Little Stranger by Sarah Waters and The Way Home by George Pelecanos. 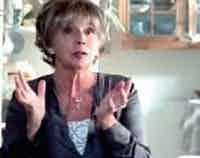 A new service that appends verified, opted-in email addresses to customer data has been launched. Email appending from CCR data involves a 20 million email address database held by the company that is then matched to a client’s existing customer file. Match rates of up to 10 per cent are typically achieved.