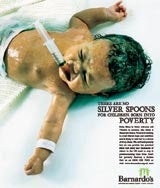 Everyone likes a bargain. And a bargain is exactly what Alliance &amp; Leicester thought it was getting last month when its research on used-car prices was used as a public relations exercise and was picked up in lurid terms by the national press. While Alliance &amp; Leicester may have luxuriated in the coverage initially, car manufacturer Renault was appalled that the bank’s research claimed its Laguna model was the fastest to depreciate in value in the UK.

Renault, seeing orders for its Laguna being cancelled, reacted furiously and instructed its lawyers to sue Alliance &amp; Leicester for damages. The bank, for its part, is understood to be defending its action, and the research company involved (the Centre for Economic and Business Research) may counter-sue Renault over its comments about its professionalism.

What began as a seemingly innocuous integrated campaign, with press inserts promoting Alliance &amp; Leicester loans (which are primarily used to buy used cars) to coincide with the anticipated coverage of its research, has now become a major issue for both the bank and the car manufacturer. While this particular incident may have landed in the laps of lawyers, the tactic of using PR, often the use of sponsored research, to amplify advertising or merely to gain publicity for a brand, is one that has growing appeal for marketers across a number of sectors.

Will Collin, a partner at communications planning agency Naked, says the use of sponsored research is one of the most commonly deployed PR tactics, whereby the brand slipstreams off the back of editorial coverage. He says: “It is so prevalent because it works. If well done, it can be genuinely interesting. Too often, though, the brand just seems bolted on, and much of the research is spurious and follows such a well-worn path that it is surprising such work gets the coverage it does.”

The use of sponsored research is particularly prevalent in financial services. Many financial services brands spend very little on advertising and rely on editorial coverage to convey their message. For instance Birmingham Midshires, the specialist savings and mortgage arm of Halifax Bank of Scotland (HBoS), devotes only a small amount of its budget to advertising, unlike sister brand Halifax. Instead it produces quarterly research under the title Saving Britain. Birmingham Midshires head of savings and investment Tim Hague says for a research outlay approximating &£100,000 he gets press coverage equivalent to &£10m worth of advertising.

Just before Christmas, Prudential issued a press release detailing research about children living at home well into their 30s and coined the neologism “Kippers” (Kids in Parents’ Pockets Eroding Retirements Savings). The topic was duly picked up no less than 30 times in the national and regional press, many titles devoting lengthy features to the subject. 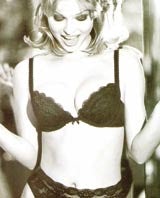 Prudential director of brand and insight Angus Maciver is frank about the tactic: “We use PR to generate free advertising. We commission low-cost research, themed around things we think are important.”

Institute for Public Relations vice-president Chris Genasi observes: “Sponsored research is amazingly resilient as a tactic. There are about ten surveys a day that get covered.” However, in the workshops he holds on the subject, Genasi warns that flimsy research can backfire, and points people in the direction of the Market Research Society’s guidelines for good research.

The approach does have its critics. Damien Horner, business development director of advertising agency Mustoes, believes that while the use of sponsored research is growing, its impact is diminishing. He says: “There was a time when it was new and the mass market took it for genuine information, but people are more cynical now and are aware of how they are being manipulated by sophisticated marketing techniques.”

He compares the tactic to product placement, which used to be very effective until people cottoned on to what was happening.

PR may be cheaper, but it does not offer the control of an advertisement. Horner warns: “You do it to spread a good word about your brand, but you don’t control the message – which is always filtered through a journalist or editor, who controls the final spin put on it.”

Putting the boot in

For instance, Ford supplies 18-year-old Everton and England football star Wayne Rooney with a Ford SportKa – on condition that he attends photo-shoots and drives it to training where he is likely to be photographed. The car retails for more than &£10,000. A Ford spokeswoman says the deal is very good value for money and that Rooney is perfect for the SportKa’s target market. Yet all that work can be undone. The Sun, under the headline “A New Jag for Wayne Zoomy”, last month reported (incorrectly, according to Ford) that Rooney was “upgrading” to a Jaguar and that the footballer had had “to make do with the Ka”.

Naked’s Collin says: “Having your brand mentioned in passing in editorial is not the same as an ad – the quality of the brand message isn’t as complete. But it is a hell of a lot cheaper.” Given the small budget of the British Potato Council, one of Naked’s clients, PR was, says Collin, the most effective route. Research defining people according to the way in which they ate their spuds duly got the desired coverage in the tabloid press. But a heavier reliance on PR as part of the marketing mix may be tactical, rather than the result of budgetary constraints. For instance, Unilever says it devotes a greater part of its allocated budget for Lynx to PR compared with its other brands, as it feels that is a more effective way of reaching its target market of teenage boys. 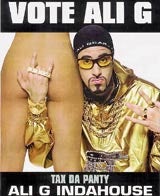 PR can also be spun out of advertising. It’s a tactic that politicians have been wise to for some time, engineering a photo-call at the unveiling of a single poster to get coverage in the national press without the expense of buying advertising space. Children’s charity Barnardo’s admits that its recently banned ad campaign – showing children with syringes, cockroaches or methylated spirits in their mouths – deliberately courted controversy to give it maximum exposure.

Citigate Albert Frank director Jeremy Prescot suggests Barnardo’s may have quite happily sacrificed some of its supporters for the increased passion of those who empathised with the recent campaign.

When Heinz announced in 2001 that it was considering ditching Salad Cream, a massive public outcry and extensive media coverage ensued, ensuring its long-term survival. Whether or not the move was a deliberate PR tactic, Heinz woke up to the potential and last year asked consumers to vote on whether its “Beanz Meanz Heinz” tagline, which has been around since 1967 and has withstood various playground corruptions, should stay.

The classic example of using advertising to generate PR is perhaps the “Hello Boys” campaign for Wonderbra. The brand revelled in the controversy that followed when it moved its ads from the pages of women’s magazines to outdoor poster sites.

However, if a company is felt to be irresponsibly using shock tactics, the Advertising Standards Authority can force it to have its outdoor advertising vetted for the next two years. The sanction was introduced in 1999 after a spate of deliberately shocking campaigns from fashion brands, such as Benetton and French Connection with its ubiquitous FCUK, and gaming companies such as Sony and Virgin Interactive. Currently, only United International Pictures has to have its ads vetted, after a storm of complaints over its 2002 campaign for Ali G Indahouse with the tagline “Tax Da Panty” were upheld.

Yet, there has always been debate surrounding quantifying PR effectiveness beyond measuring the column inches in newspapers. MediaCom director of strategic solutions Sue Unerman says measuring awareness is hard to do, as people tend to refer to an ad campaign when asked about brand awareness. “But PR can be isolated to allow us to make assumptions,” she adds.

According to the Institute of Practitioners in Advertising, the amount of money brands allocate to the various marketing channels has been fairly constant – but PR does seem to be receiving a boost in spend. In 2001, the category “all others” (taking in PR, corporate hospitality, online advertising and sponsorship) accounted for 24 per cent of the marketing cake, rising to 28 per cent last year – of a total marketing spend of about &£35bn in the UK. Direct marketing would seem to be the loser, declining by three per cent to 26 per cent of budgets. Advertising accounted for a level 35 per cent.

The trend of shifting spend into PR seems set to continue. According to the CAF Agency Barometer published last week, PR budgets were the most buoyant, while traditional media are still under pressure.

The mix is in a spin

Most commentators agree that PR works best when integrated in a marketing campaign from the very beginning, but few think that agencies have been able to achieve proper cross-channel approaches. Even those agencies housing PR, advertising and media departments point out that many of their clients have long-standing PR relationships that prevent a one-stop approach. Tony Langham, chief executive of financial PR agency Lansons, says: “Agencies have pretended to do cross-channel [marketing] but no one has done it properly.”