Sports sponsorship experts argue that the continued revelations about his private life could hit Terry’s future earnings, and brands associated with the Chelsea defender will now look to see how the coach’s decision is played out in the media, and whether there were any other revelations to come, before making a decision.

Umbro, the sports brand that is England’s kit supplier and is now owned by Nike, has refused to comment on its £4m endorsement deal with Terry, while England’s sponsor, Nationwide, has made clear it sponsors the team rather than individuals.

Jonathan Neill, sponsorship PR director at Generate Sponsorship, says: “Despite John Terry’s past indiscretions, in recent years he has moulded his image on being a family man and the allegations have certainly damaged this reputation. The revelations will almost certainly affect his role as England captain, a position that requires a completely clean image.

Capello told Terry that he was sacked form his position as England captain on Friday after a 12-minute meeting at Wembley.

In a statement, Capello says: “After much thought, I have made the decision that it will be best for me to take the captaincy away from John Terry. As a captain with the team, John Terry has displayed extremely positive behaviour. However, I have to take into account other considerations and what is best for all of the England squad.”

He adds: “What is best for all of the England team has inspired my choice. John Terry was notified first. When Ichose John Terry as captain, I also selected a vice-captain and also named a third choice. There is no reason to change this decision.I would like to take this opportunity to thank The FA, particularly Lord David Triesman and Ian Watmore for allowing me to make this decision in my own time and in the best interest of the team.”

There had been calls to remove the captaincy from Terry following allegations that he had cheated on his wife with the ex-partner of fellow England player and former Chelsea teammate Wayne Bridge.

The star’s management recently launched a search for new sponsors last year and were looking to boost the footballer’s “brand appeal” beyond his association with Chelsea. Opinion is split on whether sponsors will dump Terry 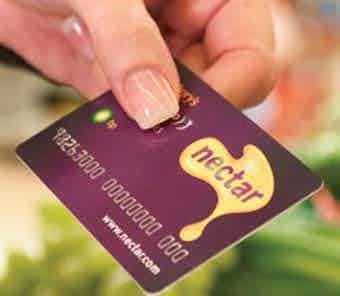 Nectar, the loyalty card endorsed by Sainsbury’s and Homebase, has overtaken Tesco’s Clubcard with more cardholders than its rivals. 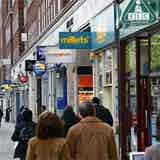 Retailers have suffered the worst January sales since 1995 as the recession and heavy snowfall impacted sales, according to the British Retail Consortium.

Southeastern has unveiled a repositioning campaign for its London Metro service due to the roll out of the Oyster pay as you go (PAYG) system on the line.