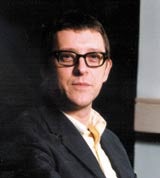 Television sponsorship is set to become even more important, as viewers continue to change the way they engage with the medium. More than half the population (63 per cent) has access to multi-channel TV, surfs the Net, interacts, sends e-mails, plays games, pays to view or even pays bills using the black box in the corner of the room.

Believe it or not, in 1999, 150 individual transmissions on commercial TV attracted more than 15 million viewers: in 2004, there have been just four (three of which were Coronation Street). Fragmentation and technological development has made it more difficult for advertisers and agencies to communicate with viewers.

The great British public turn on the TV and use their diminishing leisure time to watch the programmes that the channels have to offer, not the commercial messages – however entertaining they may be. TV is the ultimate brand awareness tool: the power of the medium for making brands famous quickly is enormous and it is up to us all in the industry to evolve in order to realise TV’s full potential.

The emergence of personal video recorders (PVRs) will continue to alter TV consumption. In-house research at Starcom has revealed that 77 per cent of PVR users skip ads. Even when watching “live” programmes, 17 per cent avoid them. While only 480,000 homes have a PVR at the moment, it is estimated that by 2008, about 21 per cent of the population will have one. The research also shows that sponsorship is accepted by viewers, and is even more valued by PVR users if they fast-forward through ad breaks – sponsorship idents or bumpers are used to flag up the beginning of the content, increasing viewers’ engagement with the sponsorship.

The future of sponsorship is one of increasing creativity, integration, interactivity and commitment. But the danger is that what is a highly effective and creative form of communication will become just another advertising graveyard. Imagine a world where almost every show is sponsored, many by totally inappropriate brands that just want to get a foot on the sponsorship ladder for a bit of cheap airtime. “The Bill, in association with Lard”, doesn’t have the same ring as Channel 4’s quality film output in association with Stella Artois, does it?

Great sponsorships are born of insight into consumers’ viewing habits. They entertain, engage, stimulate, interact and work their way through the line into events, point of purchase and competitions. Ultimately, they become synonymous with the programme or event that they sponsor. This is true of the Stella Artois association with quality film, where the sponsorship has shaped the media behaviour of the brand.

Sponsorship can add warmth, enhance brand image and have an immediate distribution and sales effect. The future looks very healthy for sponsorship – embrace it, be creative with it and you might just find yourself reaping huge rewards.