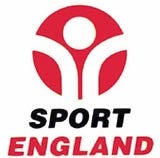 Sport England has created a position for a marketing chief to help oversee its push to achieve 70 per cent participation in sport and physical activity by 2020.

Reporting to chief executive Roger Draper, the newly created position of director of communications will control all marketing, PR, and media and public affairs functions.

Sport England is also searching for a director of sport and a director of operations as part of a recent restructuring of the organisation.

The position has been created above that of Nick Wake, who will remain head of marketing at Sport England. Kate Wallace has been appointed as interim director of communications while the body advertises for suitable candidates for the post.

The first task for the director of communications will be to oversee the evaluation and national roll-out of Sport England’s “Everyday Sport” ad campaign. The drive was launched in the north-east of England last month backed by local celebrities (MW December 4, 2003).