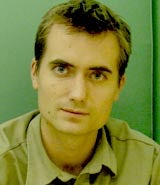 Last week saw the launch of daily sports supplements in both The Daily Telegraph and The Times. Following on from the widely acknowledged success of the Observer’s Sport Monthly supplement, it is clear that sport will continue to play a pivotal role in our national newspapers’ marketing strategies.

Sport has never been more popular, or enjoyed a higher profile, in the UK, and the public’s appetite for coverage shows little sign of abating.

Of course it helps that, for the first time in a while, we seem to be getting the hang of sport, or at least the English do – our football, cricket and rugby teams are all showing promise – and good news on the sports field helps to sell papers.

Sports stars are now mega-celebrities, as likely to make the front pages as the back. Alongside this, sports journalists themselves are becoming increasingly high-profile – Brian Woolnough’s move from The Sun to the Daily Star made the front page and was the focus of a TV advertising campaign. The Daily Telegraph in particular enjoys such strong sports journalism that a separate daily section to emphasise this strength is a natural progression.

Yet it is unlikely that stand-alone sports sections themselves will increase circulations significantly.

Sport First, the twice-weekly tabloid published by Keith Young, has not been an unqualified success. Both the fact that plans to publish daily were delayed, and that sales were only just over 75,000 copies suggests that the potential for circulation growth by increasing sport coverage is limited. Furthermore, TGI figures reveal that only one in three readers of the quality press are “very or fairly interested” in reading sports coverage in papers.

So why do it then? Essentially these sections are a defensive move intended to retain existing sports enthusiasts in an increasingly saturated market. Quite simply, if newspapers don’t deliver thorough sports coverage, consumers can get their fix from any number of alternative sources, as the number of sport-related websites testifies.

And, from a commercial perspective, the emphasis on sport makes sense in attracting advertisers chasing a young, upmarket, male demographic.

Brands are increasingly associating themselves with sport: witness last week’s &£48m Barclaycard sponsorship deal with the Premier League, for example. MMS figures show a 17 per cent increase in ad pagination in sport sections year on year. So, despite a sluggish start in ad sales terms, it shouldn’t be too difficult for newspapers to fill the space.

A stand-alone sports section has a couple of other advantages for the titles involved – specifically the creation of a new front page solus site and greater prominence for business coverage, moving as it now does to the back pages of the main section.

Come August, when my beloved Wolverhampton Wanderers begin another season of underachievement, the blanket sport coverage might make for distressing reading. But for now, sport is here to stay and these sections are a welcome addition to readers and advertisers.