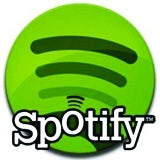 Yesterday the music streaming service announced users of its free service would be limited to ten hours of listening a month, with songs playable up to five times only free of charge.

Jonathan Forster, general manager for Europe and VP of ad sales at Spotify, has subsequently told new media age the heavy use by some users had created large amounts of unsold inventory, so limiting free use would increase the quality of the ad spots by not having to repeat ads to the same users.

“There’s an issue of ever having enough ads if users listen all day. The inventory will now be more manageable and we’ll have a better idea of what will be available each quarter,” he said. “For brands it’ll be more valuable to reach a lot of people with one ad than serving one person the same ad over and over again.

“There will be fewer ads but there’ll be less usage, so we don’t think we’ll have issues delivering campaigns,” he added.

Forster said that Spotify hoped the restricted service for heavier users should persuade them to pay for a subscription. For those who are heavily engaged with the service, a £2.50 sub-rate that allows them to take their music anywhere would be attractive, he added.

Spotify is currently looking to launch in the US but reports suggest it has come into difficulties in its discussions with record labels, which are less supportive of the ad-supported music model than in the UK.

While Spotify has defended the free service and said it’s an “integral part of our strategy”, it has also been premiering albums to premium users, giving more incentives to subscribe. In February it premiered REM’s latest album ‘Collapse Into Now’ before it was available elsewhere.

Spotify said its focus now would be to create and test new product and advertising innovations to improve the experience for users and advertisers. It said use of its service had expanded beyond young, early adopters to a much wider audience and it needed to reflect that.