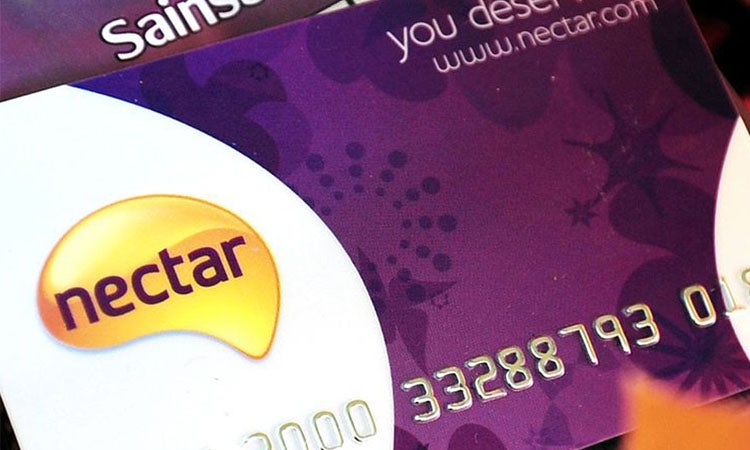 One of the key challenges facing the big four supermarkets is that shoppers are increasingly promiscuous. Where once they did a big weekly shop at their local branch of Tesco, Morrisons, Asda or Sainsbury’s, they are now doing more frequent, smaller shops throughout the week, topping up a smaller big shop with trips to the discounters and convenience stores. It’s a trend that has seen the big four lose market share and profit margins as the industry becomes increasingly competitive.

The major grocers have adopted a range of strategies to try to address the issue, including cutting prices and improving availability and customer service. But Sainsbury’s is the first to look at how its popular Nectar scheme could be used to boost loyalty. In a trial at its Isle of Wight stores, it is shifting rewards away from being based just on how much is spent to how often members shop at Sainsbury’s and how long they have been customers for.

Sainsbury’s is not the first brand to look to reward long-term loyalty, Sky’s loyalty scheme, which launched last year, also rewarded longevity. But it’s an interesting move in the retail sector, putting a real focus on customer retention. It’ll be interesting to see what Sainsbury’s learns from the trial and gets rolled out nationwide.

Spotify ramps up advertising opportunities as it celebrates $26bn IPO 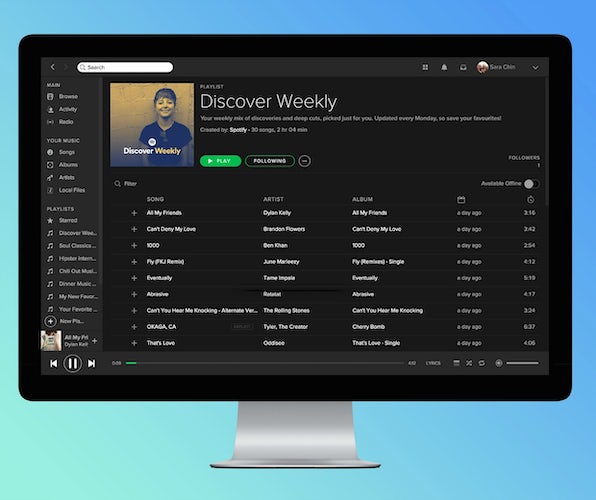 With 157 million active users and 71 million premium subscribers worldwide, it is hardly surprising that news Spotify was finally going public on 3 April had investors sitting up to take notice.

The unconventional $26bn floatation saw Spotify avoid the costly trappings of a traditional IPO by enabling existing shares to be traded on the New York Stock Exchange.

Ahead of the IPO, Spotify talked up the growing strength of its ad supported business. While premium subscriptions accounted for 90% of the company’s total revenue in 2017 (€3.7bn/£3.2bn), the ad supported side of the business is growing, bringing in €416m (£365m) last year.

In fact Spotify’s advertising arm has increased revenues by 41% since 2016, prompting the streaming giant to describe it as a “strong and viable” element of the business. Last year advertising turned a €43m (£38m) profit for Spotify, the first time this side of the business has ever been profitable.

By developing interesting new formats such as 3D audio, co-branded podcasts and the Ad Studio self-serve advertising platform, Spotify is offering different ways for brands to carve out their own space on the platform.

Much of the creative being developed is hooked on Spotify’s rich behavioural insights about its 71 million subscribers and 90 million ad supported users, which have been the foundation for bespoke campaigns with brands like Bacardi and Smirnoff.

The sugar tax came into effect in the UK today (6 April), with soft drink makers now charged a levy if their products contain more than 5g of sugar per 100ml. Many companies have used the levy as a reason to reformulate, develop new products and promote lower sugar options.

Coca-Cola has done this, with big push on both Diet Coke and Coca-Cola Zero Sugar, as well as plans to launch into new categories this year. Yet one drink it has opted not to change is its flagship Coca-Cola Classic drink. In some ways that is not a surprise given the ‘new Coke’ debacle (albeit that that was more than 30 years ago), but it does leave Coke with a job to do to explain why people should pay more for the drink.

In a bid to tackle this issue, Coca-Cola has a new campaign that talks up the drink’s heritage and looks to position the fact the recipe and taste haven’t changed as a positive. It’s a smart move from Coke, but with consumers increasingly switching to healthier options it’s more likely to slow the decline than cause a major upswing in sales for the soft drinks behemoth.

READ MORE: Coca-Cola launches campaign to talk up its ‘uniqueness’ ahead of the sugar tax

The data scandal goes from bad to worse for Facebook

Three weeks in and the data scandal engulfing Facebook shows little sign of dissipating. It’s almost impossible to keep up with all the updates as the social network finally admits it has made “mistakes” and that sorting out the problems will take time, likely years.

Perhaps the biggest development happened during a rare press conference with CEO Mark Zuckerberg. During the event, he admitted that 37 million more Facebook users  had likely had their data shared with Cambridge Analytica, taking the total to 87 million, including 1 million in the UK. And he said it was “reasonable to expect” that almost all users (all 2.2 billion of them) had had personal data scraped from their public profiles.

The revelations put advertisers in a difficult spot. It’s clear the public’s concerns are mounting, although Zuckerberg said Facebook has seen no “meaningful” decline in Facebook use. That doesn’t mean people aren’t rethinking how much they share and taking a look at their privacy settings though. And that is likely to increase once Facebook puts a link at the top of news feed so users can see the apps they use and what information they have shared with them, which it said it will do from next week, as well as informing those that had their data improperly shared with Cambridge Analytica.

However, advertisers still want access to as much data as possible so they can continue targeting consumers as efficiently as possible. For now, few advertisers have pulled spend, but if in fixing these issues Facebook is forced to row back significantly on how much data it shares with advertisers, or users use the platform less frequently that may change. 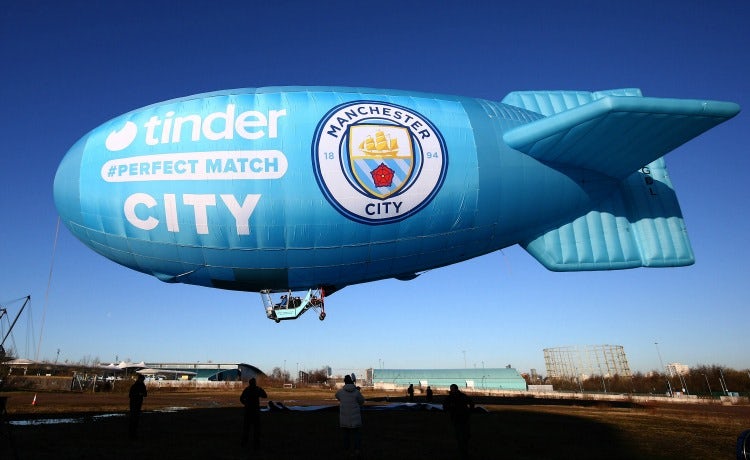 The deal spans both Manchester City men’s and women’s teams, as well as New York City FC, with a view to collaborating on exclusive access to games, experiences and events both at the Etihad Stadium and beyond.

Glick described an “instant connection” between the two brands as marketers, with Tinder being impressed by the City Football Group’s “proven track record” for promoting equality between the men’s and women’s game, as well as group’s global scale. Having a club in New York, a key market for Tinder, proved a significant draw.

In support of its new partner Tinder turned its brand colours Manchester City blue ahead of the club’s derby tomorrow (7 April) with bitter rivals Manchester United, which could see Man City clinch the Premier League for the first time since 2014.

And to celebrate the partnership in style Manchester City and Tinder released a blimp over the skies of Manchester on 5 April, proclaiming that the two brands are a ‘perfect match’. Ah sweet! 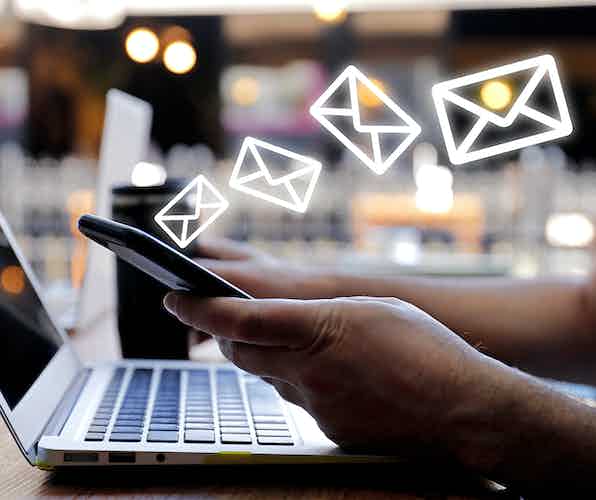 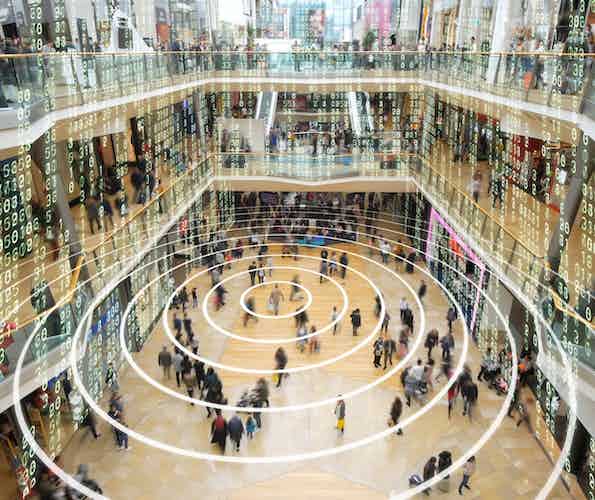 Marketers have fallen for classic product-oriented thinking and assumed that, just because they have the data and technology for targeted advertising, it’s what their market wants. 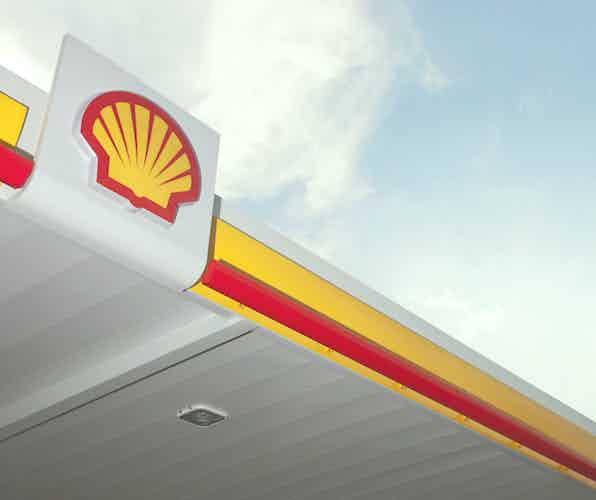