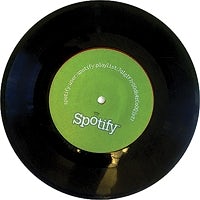 The music streaming service has announced changes to its free offering, which include listening time limited to 10 hours per month, while tracks can now only be played five times free of charge.

The Swedish company, which has approximately 7m users – 85% of which use the ad-funded option – said the changes should only be noticed by “heavier” users of its free service. They don’t affect its ad-free, subscription offering.

Angela Watts, Spotify VP of marketing, says the company was “committed” to providing a free service, but that changes needed to be made for the company to grow.

“The model is working and is monetising a sector that has previously found it hard to make money – free definitely pays big dividends,” said Watts. “But we have big ambitions, and to have a free component, we need to make changes.”

Major brands including Channel 5, Fiat and Pernod Ricard have committed to high profile ad campaigns on Spotify since its launch three years ago. Earlier this month, it broadcast its first live gig as part of Nissan’s Behind The Hit campaign.

It has also secured major music exclusives; REM’s most recent album, Collapse Into Now, was premiered on the service.

Spotify has yet to launch in North America, and some reports have suggested it has faced criticism from major labels on the continent sceptical of the effectiveness of a free service.

From Nike to EA Sports, brands blurring the lines between entertainment, social conscience and the desire to lead are gaining cultural credibility in the world of sport.