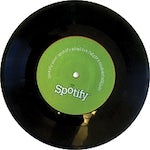 Through the new social functionality and music management tools, users will be able to set up a profile and add other users into a ‘People’ sidebar either by searching for them on Spotify or by integrating their Facebook friends through Facebook Connect.

Users can also choose to publish their profile and let other users follow their music taste by subscribing to their playlists or by seeing the top six artists and tracks that a user has been listening to.

Spotify has also created an inbox, which allows people to send tracks to each other, and a friend feed that shows all the activity that users’ friends have been doing.

Daniel Ek, Spotify CEO and founder, said, “Today Spotify has moved a step closer to making music more connected, and realizing our dream of becoming the music platform. We want to empower users to share and discover music in a way that hasn’t been possible up until now. It’s never been easier to enjoy music together.”

Spotify has also created a ‘library’ function, to let users import the music files on their computer into Spotify, while a new “star” function enables people to bookmark their favourite songs, entering them into a dedicated sub-folder.

The changes position Spotify against other music-based social platforms including MySpace and newly-launched music recommendation service mFlow, which pays users 20% commission from music sales that result directly from a recommendation they’ve made (nma 15 April 2010).