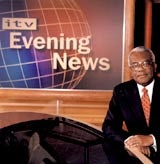 Recent research by NOP shows a great depth of interest in news among the adult population, which is served by a wide range of media. The majority of UK adults (those aged 15 or over) rated four or more media sources as “an important source of news” to them. Only six per cent restricted themselves to only one news source.

Since NOP last looked at consumer attitudes to news media almost two years ago, overall interest in news and current affairs seems to have grown. Each of the seven news sources listed by NOP were rated “important” by more people than in the 1999 survey, and none showed a decline. Only local radio attracted the same level of audience, at 51 per cent of the adult population.

However, when NOP asked people to name their “main source of news”, TV emerged as easily the most influential. TV was named by 57 per cent of people, over twice as many as chose the second-most important news source, national newspapers. Local newspapers were chosen by 12 per cent; national and local radio stations attracted similar shares – approximately ten per cent of adults – as the most important source. These results have changed very little since the last survey: TV’s position has slightly strengthened, and local newspapers’ slightly weakened.

TV news has the highest share in all demographic groups. National newspapers have a disproportionately high influence on the professional and managerial group – the ABs; and they are more important in the south of England than in the rest of the country (this profile is broadly similar to that of national radio news enthusiasts). Women make up two-thirds of those naming local radio as their most important source of news; men comprise about 60 per cent of those who prefer national newspapers.

Overall viewing of TV news seems to have risen in line with the increased news consumption already noted: 82 per cent of adults watch TV news three or more times a week. BBC1 has been the greatest beneficiary; the proportion of people watching news on this station at least three times a week has risen from 66 per cent in 1999 to 74 per cent. By comparison, ITV, which was level with BBC1 in 1999, still claims only 65 per cent of viewers. Ch

annel 4 has put on four points to attract 19 per cent of viewers and Channel 5 has risen four points to 13 per cent; CNN and Sky remained virtually unchanged at six per cent and 15 per cent respectively.

Only the politicians seem to lament the passing of the Nine O’Clock news – at least as far as changes in “favourite programmes” reveal. BBC “News at Ten” was named as their favourite news programme by 14 per cent of people who watched TV news at least three times a week, exactly the same number as its Nine O’Clock predecessor. ITV’s late evening news attracted 15 per cent, a rise of seven per cent from 1999, and almost exactly the same as its BBC rival.

In spite of these similar audience figures, the audience compositions of the four main news programmes are quite different. The BBC’s early evening news is particularly popular with viewers aged over 55, who make up half of all those choosing it as their favourite. This preference cannot be explained merely by the theory that older people are more likely to be at home and watching the news at this time of day than younger viewers, since the ITV equivalent has no such age bias – although, unlike the BBC programme, it is far more popular with women than men.

The BBC’s late evening news is preferred by twice as many men as women, and about two-thirds of its enthusiasts come from the upmarket, ABC1 audience; ITV’s equivalent programme has a far more general appeal. Both channels, however, have a far younger profile for this time slot: more than three-quarters of people choosing either BBC or ITV late evening news are under 55, although they make up only two-thirds of the adult population.

NOP asked everyone who watched TV news at least three times a week to comment on a range of possible reasons for nominating their favourite news programme. Two factors, “it is on at the most convenient time” and “it covers the news in depth” were rated very important by at least three-quarters of viewers. Overall, depth of coverage was rated as marginally more significant than convenience.

Sixty-eight per cent of viewers were greatly influenced by the perception that their favourite programme gave “a balanced view”. Sixty-four per cent voted for concise coverage; 60 per cent preferred not to have to change stations – four per cent more than those who found it very important not to be interrupted by ads. Only 39 per cent attached great importance to the presenter or newscaster – content and timing seem to be far more important than presentation.

– 57 per cent rate television the most important source of news