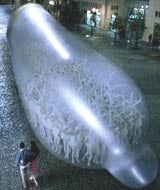 SSL International, which makes Durex condoms, has appointed John Gray, managing director of its business in Thailand, as its international marketing director. The position was created as a result of a recent restructure, following a profit warning in April.

Gray will report to the European managing director, Andrew Slater. He says: “My position is part of a tactical restructure and is not related to the profit warning issued this year.”

The company, which also owns the Scholl footcare brand and the Remegel Antacid over-the-counter pharmaceutical brand, is being investigated by the Serious Fraud Office after it overstated profits by &£19m.

The company is set to widen the Durex range with the launch of Performa, a condom containing a small amount of the anaesthetic benzocaine, which helps to delay ejaculation. Another new product is Close Fit, an extra-small condom aimed at the adolescent market.

The company recently repositioned Scholl as a cosmetics brand, in an effort to move it away from its “problem feet” image (MW December 6, 2001).

Swedish Match, the global tobacco and smoking accessories manufacturer is looking for a senior marketer, following a restructure instigated by managing director – and former marketing director – Simon Duggan. The new role carries the title of category controller, and is understood to be the top marketing position in the company. The appointee’s responsibilities will […]

When it comes to marketing a brand, there are many ways to grab the market’s attention. You can take a number of approaches from direct mail to that John Woo-style TV and cinema campaign costing £30m. Or you could buy a racehorse and name it after the company you’re promoting, put it in a few […]