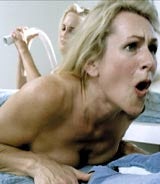 Hodgson, who has been at the company for 15 years, was in charge of the marketing department and was responsible for Shape’s relaunch this spring (MW March 21).

St Ivel has switched advertising agencies on its Shape brand three times in the past two years. In 2000, the account moved from D’Arcy to Abbott Mead Vickers.BBDO. However, at the beginning of 2001 St Ivel handed the account to HHCL &amp; Partners, but then ten months later handed it back to AMV.

Shape relaunched in March with a &£6m television campaign featuring women enduring uncomfortable miracle treatments to achieve weight loss. The ads end with the tagline, “Isn’t there a more enjoyable way to get into shape”.

Shape has also extended its range to include a bio-yogurt drink, fruit mousses and chocolate and toffee yogurts.

It is not known whether the company will replace Hodgson. St Ivel was unavailable for comment.

Energy company npower is planning to launch a solar energy product later this year, marking its second foray into the renewable energy market. The product is understood to be a first for the consumer energy market. Last year it teamed up with Greenpeace to launch Juice, an ethical electricity product for consumers generated from wind […]

The search engine marketing feature, “Helping the needle out of the haystack” (MW May23) was a welcome and well-informed update on the Search Engine Marketing industry. However it was a shame to see that the article did not help to clarify the confusion that surrounds the issue of “cloaking”. Cloaking is the practice of showing […]