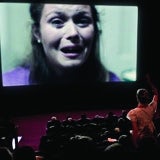 St John Ambulance is launching a hard-hitting film of a girl choking to death on popcorn before being saved by someone with first aid experience.

The charity is using the digital campaign, created by Bartle Bogle Hegarty (BBH), to launch the next stage of its new brand strategy “The difference”.

The campaign is designed to show the public that first aid can be the difference between a life lost and a life saved.

The interactive film called Popcorn is being seeded with news, parenting and health online media sites and is being hosted on the charity’s YouTube channel and Facebook page.

Scott Jacobson director of marketing, communications and fundraising at St John Ambulance, says: “We wanted to create a dramatic simulation which would make people take notice of the issue, help us spread our message and encourage them to get life saving knowledge.”

The difference brand strategy was created by BBH and launched in April with the integrated advertising and PR Life Lost campaign. The ads illustrated five common situations where people often die needlessly when first aid could have saved them.

Popcorn was filmed in association with Digital Cinema Media at the Cineworld Haymarket in London’s West End.