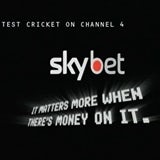 The agency is said to be in final negotiations with the satellite company over the account, after a head-on battle with Sky roster agency Beattie McGuinness Bungay (BMB). United was involved at an earlier stage. A BSkyB spokesman says an appointment has not yet been made, while the agency was unavailable for comment at the time of going to press.

The pitch was called in February after Sky Bet and incumbent agency Mother parted company (MW February 8). The advertising business will cover launch marketing for a Sky interactive poker service, as well as existing Sky Bet and Sky Vegas activity.

Mother won the account from Yorkshire-based Phillipson Ward Longworth Camponi after a four-way pitch overseen by the AAR in 2004 (MW March 18, 2004). Mother created campaigns for Sky Bet, including idents featuring two football pundits, with the slogan “It matters more when there’s money on it”; and Sky Vegas, which used the strapline “You’re either Vegas or you’re not”.

Sky Bet runs telephone, interactive and internet gambling services, and is set to launch an interactive poker game that lets players compete against each other through their television sets.