Employees are positively encouraged to stride into the office wearing a Lycra one-piece at Sky. As part of the media company’s commitment to cycling, it wants to get as many staff involved in the sport as possible, whether that’s pedalling to work every day or training for more competitive cycling events. 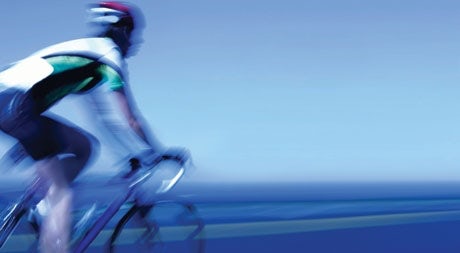 Staff involvement ensures they recognise the business’s commitment to cycling and the extra-curricular training boosts their involvement in their jobs, says Tricia Thompson, head of cycling at BSkyB. The business has ambitions to win the Tour de France by 2014, through its Team Sky sponsorship deal with British Cycling.

Central to the reported £30m investment in creating Team Sky is a strategy to “create more fans for our business” inside and outside the company, says Thompson.

“Whether it’s staff or people outside our company, cycling works for us as a business as it’s really shifting the perception of the brand,” she adds.

Sky believes good feeling towards the brand helped it to reach its target of acquiring 10 million customers late last year. It also believes customers are more likely to stay with the brand if they engage with the cycling programme.

In previous years, the business has concentrated on training its more energetic staff to participate in the gruelling Etape du Tour, an event in which amateurs can ride one of the stages of the Tour de France.

Sky supported around 100 employees in 2011, who rode 130 miles between Issoire and Saint-Flour in freezing conditions to complete stage nine of the course. Professional Spanish rider Luis Leon Sanchez went on to win that stage in the Tour de France a few days later. 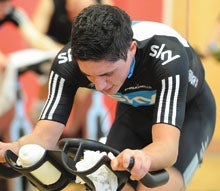 Sky installation engineer Toby Payne, who completed stage nine of the Etape du Tour last year, says it has made him re-evaluate what’s important to him in his life and pushed him on in his career.

Sky is expanding its staff training programme this year to suit the needs of every type of cyclist, from the casual rider to those who dream of being like world champion Mark Cavendish.

Staff can sign up to take part in the London to Brighton bike ride, a 52-mile, one-day event. They can also train to ride up to 127 miles in La Pinarello, the Italian ‘Etape’, which passes through the Dolomites. A 24-hour team mountain bike challenge has also been introduced.

Those who complete the three-day London to Paris cycle ride, which is open to Sky employees, get to watch the finishers from the Tour de France ride in along the Champs Élysées. This is a chance to marry up the amateur and professional cycling commitment that the company has made for the next two years.

Family and friends are also being encouraged to take part in some of the events, to provide a boost to those who might not be as confident about taking up a new sport. Thompson explains: “If you get friends involved, it helps people to cross that line and get into cycling. I think we’ve provided some really accessible events that help to widen the impact of what we’re doing.”

Thompson says Sky had a positive response when it introduced the training programme for the Etape du Tour, so it decided to expand the scheme to more employees.

“We were quite conscious of expanding the scheme to appeal to those who hadn’t considered doing a cycling challenge or didn’t think about getting on their bike.”

There are workshops led by experts, who come into the Sky offices and advise on what kind of food should be eaten during training, and classes on how staff can fit training into their day-to-day lives.

Sky has even come in to take ‘spinning classes’ on high performance exercise bikes to boost motivation. Thompson explains: “It’s about giving people confidence at whatever level, ensuring they get the support they need.”

Facilities at Sky’s headquarters in Isleworth, Middlesex, have also been improved to encourage staff to train. Showers, bike racks and an on-site bike shop have turned the offices into a hub for cycling.

Sky Velo, an official cycling club, has been established as a result of staff wanting to stay in touch and continue pedalling after they have completed the Etape du Tour event.

The 400-strong club arranges weekend bike rides, with mentors such as Payne leading groups to help train those who have signed up to a cycling challenge this year.

Thompson says the training programme has taken on a life of its own, led by enthusiastic employees who have caught the cycling bug.

“It’s a fantastic output of the programme that they have created their own cycling community, who are also willing to support all these new cyclists coming through by being mentors. There’s a pretty comprehensive support system to help people.”

Aside from the positive feeling that Sky hopes to generate from providing a comprehensive training scheme, Thompson says the programme has had a big impact on employees’ lives.

The mix of people taking part in cycling events has also helped to forge friendships between employees in different
departments who might otherwise never have met. This has also benefited the business as teams that hadn’t met before are now working on projects together. The brand and marketing teams have met with the contact centre to discuss projects, says Thompson.

Cycling is also being used to spice up conventional training. The sport is helping to motivate those staff who might not be keen to get on their bikes.

Thompson explains: “The British Cycling relationship provides inspiration that other companies just don’t have access to. We try to get them to come in and talk to the wide staff base, to tell their story.”

The emotions of cycling are being used to train staff across the business. As well as talks and videos to motivate staff, the sport is used as a training theme across a variety of areas.

“We work closely with HR over the whole cycling ethos. Development courses have cycling imagery and use a lot of cycling terminology.”

By using the success stories of British cycling stars Mark Cavendish and Bradley Wiggins in its training, Sky is able to build team spirit and motivation that improves morale throughout the company. Ultimately, whether people choose to get in the saddle or simply feel inspired by cycling stories, Sky believes it can create advocates for the brand from within its own walls.

Toby Payne, a 32-year-old installation engineer, usually spends his days hooking people up to Sky all around Norfolk. But last year, he had to fit a hectic cycling training schedule around his busy working day. 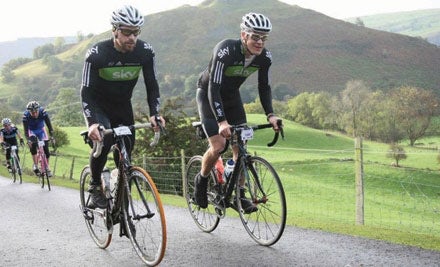 “I wanted a challenge and I saw an advert on our internet portal offering the chance to take part in the Etape du Tour [cycle race]. I signed up in January and was lucky enough to be chosen to do it.”

Every Friday, for six months, a training plan for the week was emailed to those taking part. Plans were tailored depending on whether the rider was a beginner, intermediate or advanced to encourage people of all shapes and sizes to take part in the challenge.

Payne already had an interest in team sport, but had never taken on a challenge that involved so much commitment. He says: “I largely did the training by myself, which required quite a lot of selfmotivation, but there were opportunities to get down to London and join organised rides at weekends.”

The Etape du Tour was a “gruelling mental challenge”, but Payne completed the 130 miles in around 10 hours, placing him around midway down the field. Conditions were so harsh that many of the amateur cyclists had to be treated for hypothermia and didn’t make it to the finishing line. But Payne describes the team spirit of “huddling together at food stations” as key to completing the course.

The pride in completing such a tough challenge has not only motivated Payne to keep riding, but has changed his life in unexpected ways.

“It has given me a bit of a boost. Before, I was ticking along, and although there was nothing wrong with that, the chance to meet so many people and complete the Etape gave me so much energy – it motivated me to push myself further in my career, which I might not have done if I hadn’t got involved in cycling.”

Payne is about to move to London, taking a six-month secondment with Sky, and moving away from engineering into production. It also means he can lead rides to encourage others embarking on the Sky training programme to achieve their cycling goals. 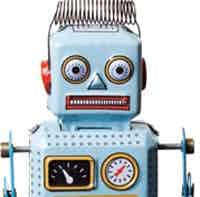 The role of customer services staff is undergoing a dramatic transformation. Instead of treating them as script-following automatons, many firms are training them to be essential brand ambassadors. 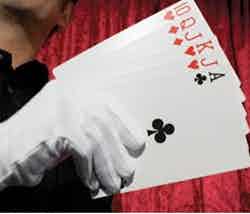 Some people may be blessed with natural charm, but the skill of effectively influencing decision-makers can be acquired through training and can make a dramatic difference to marketers’ success in the boardroom.

Marketers have had to quick to learn the new techniques, adopt the new rules and embrace the new order, whilst also fighting for recognition of marketing’s strategic importance. So how much importance is placed on the development of marketing skills in order that organisations stay competitive? We put some questions to a panel of senior personnel whose job function specifically deals with the development of marketing capabilities at some top UK brands.