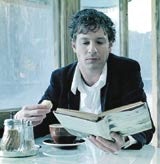 The Edinburgh-based financial giant has stressed that its consumer &£10.7m account with The Leith Agency is not under threat.

The group’s recent advertising has used its “I like…” theme, which broke in 2003 with the “I like Standard Life” strapline. The Leith Agency worked on the proposition with The Value Creation Company, after holding onto the account in 2002.

The Leith Agency won the account in December 1997 from Faulds Advertising. The agency introduced the “Baby James” talking toddler ads.