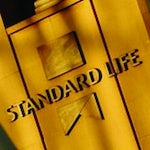 A spokesman for Standard Life says that the marketing and communications department will be impacted by the jobs review, adding that “all levels of staff will looked at” as part of the restructure.

The cull is part of a review led by chief executive David Nish that aims to streamline the business in a bid to become more customer focussed.

In June, the life and pensions company unveiled a new group leadership structure that included combining the sales, marketing and distribution departments in its UK, Canadian, European and Asian businesses to create new “Take to Market” divisions.

The company completed a restructure of its marketing department only last year, cutting a number of jobs but also creating new roles including former Sony Ericsson marketer Jo Coomber as head of marketing.

The company is also looking to create 100 jobs, which the spokeswoman confirmed could include new positions created in the marketing department.

Standard Life says that around 100 of the roles being cut are currently held by contractors. Approximately 100 more will go through natural attrition, and 24 are existing vacancies that will not be filled.

Nish says: “The decision announced today is part of the journey towards being a more adaptable and flexible organisation.

“Our people will be provided with the support they need while the Group goes through this necessary change.”

Seperately, RBS has announced it plans to cut 3,500 jobs from IT and back office staff following the sale of 318 branches to Santander. The bank has no details on whether the marketing team will be affected.