The company, which is the first to bring Powermat technology to the UK, will roll out wireless charging zones in ten central London stores by the end of January.

Customers can freely loan or purchase a “ring” from the retailer for £10 which, when plugged in to their phone, allows them to place their device on charging “spots” which are installed into community tables and other seating areas in the stores.

While not directly linked to sales, the brand says it is looking to increase value to customers and improve the in-store experience with the launch.

It is also part of a move for Starbucks to maintain its position at the “forefront of digital technology”.

Ian Cranna, VP of marketing and category for Starbucks, told Marketing Week: “We try hard to do anything that makes life easier for our customers. We did it with free WiFi in 2011, but we’re finding that connectivity is less of a concern and power is the most important thing to people these days, so we wanted to find a way to provide it rapidly and easily.”

In October, Starbucks announced the launch of a mobile delivery service in a bid to deliver what it called “ecommerce on steroids”, stating that it will start delivering food and beverages from smartphone orders in selected markets this year through its Mobile Order and Pay app.

Now, Cranna says the brand will continue to show its commitment to innovation, and promises other announcements over the coming months.

The UK rollout comes after the Starbucks US business announced a national rollout of the technology in 2,000 of its stores last year following a successful trial period.

While there are no current plans to expand the technology throughout the UK, Scott Eisenstein, VP of external relations for Duracell Powermat, did not rule out an expansion and insisted that both brands are “optimistic” about the initial rollout.

The brand is not the only one to look to wireless charging to solve a problem for customers.

McDonald’s recently announced plans to roll out a wireless charging trial in 50 UK restaurants using Qi charging spot technology. However, the technology used by McDonald’s differs from Powermat, which uses magnetic induction energy rather than electricity.

“I’m convinced this is the way phones and other devices will remain topped up with power in the future,” Cranna says.

Starbucks is to deliver food and beverages to users of its mobile app ordering service in a bid to deliver what it calls “ecommerce on steroids” and maintain its first move advantage in the digital space. 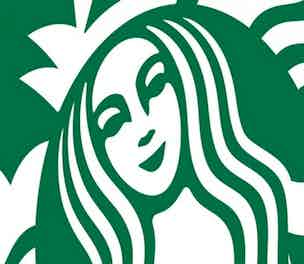 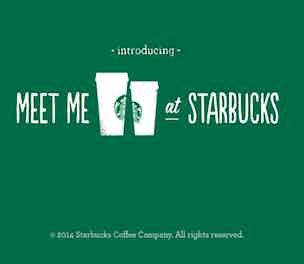 Starbucks is launching its first global brand campaign to highlight the good things that happen when coffee lovers unplug from their smartphones and laptops and use their time in-store to connect with friends, a move it hopes will help boost dwell time worldwide.