The ruling, decided by an arbitrator, comes  after the coffee chain was found guilty of “improper termination” of its bitter marketing pact with Kraft in 2011.

Kraft, which had supplied the Starbucks-branded coffee beans to retailers since 1998, was accused of multiple breaches of contract including mismanaging the brand. Kraft disagreed, claiming Starbucks intentionally damaged the tie-up, “unreasonably denying” it the opportunity to sell new products introduced at its own cafes. In 2010, it claimed it had grown the coffee brand’s packaged business to $500m (£314m) in sales from $50m (£31.4m).

Starbucks said it “strongly disagreed” with the fine.

Troy Alstead, chief financial officer and group president for global business services at Starbucks, says: “We believe Kraft did not deliver on its responsibilities to our brand under the agreement, the performance of the business suffered as a result, and that we had a right to terminate the agreement without payment to Kraft. While we disagree Kraft is entitled to damages, the amount awarded reflects the value of our at-home coffee business and the continued global growth opportunity that lies ahead for Starbucks.”

The coffee chain promised it had “cash on hand” and the “borrowing capacity” to fund the payment to Kraft. Starbucks reported net profit of $1.7bn (£1.06bn) in the 12 months to September 2013.

Meanwhile, Kraft recently struck a coffee distribution deal with McDonald’s, which includes selling its McCafe branded coffee in grocery stores across the US. 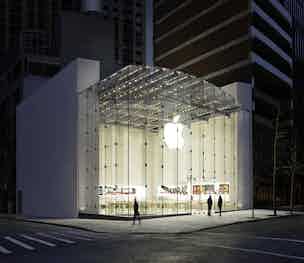 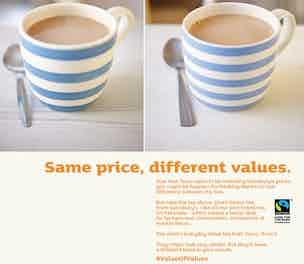 Sainsbury’s chief executive Justin King has continued its attack on the advertising watchdog saying it is “wrong” it “ignores” provenance when ruling on ads pushing price match schemes.