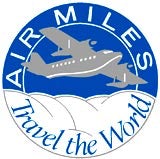 Starcom Motive claims it has kept British Airways-owned Air Miles informed of its plans since the beginning of negotiations.

An Air Miles spokeswoman confirms that the companies have decided “to go their separate ways”, and that Air Miles is considering how best to appoint a new agency to handle its media.

Last year, Air Miles switched retail loyalty card partners from Sainsbury’s to Tesco. The company has just launched a World Cup promotion with Tesco to give away more than 15 million Air Miles and 15 million Clubcard points.

Air Miles’ marketing is overseen by the company’s director of partnerships and marketing, Charles D’Oyly, who replaced Mary Thomas when she left in April.

Nectar is a joint venture involving Sainsbury’s, Debenhams, BP and Barclaycard. The partners intend to scrap their own loyalty schemes once the Nectar card is launched in the autumn. WCRS has been appointed to create Nectar’s advertising campaign, which is expected to have a budget of about &£10m. The scheme is being handled by Loyalty Management International.

Air Miles’ advertising, which is handled by TBWA/London, is unaffected by the move.