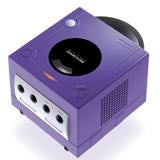 The budget is expected to increase with the launch of the Nintendo GameCube hand-held games console in 2002.

The computer games giant parted company with Universal McCann after the agency was handed Microsoft’s planning and buying business earlier this year. Universal is also expected to be appointed to handle media on Microsoft’s forthcoming games console, Xbox.

The launch of Xbox, which is not expected to happen in Europe until next year, will put Microsoft in direct competition with Nintendo in the console market.

In January, Nintendo awarded its creative business to Leo Burnett, the Bcom3 sister company of Starcom Motive. Leo Burnett will also handle the launch of GameCube.

Nintendo European head of marketing Franci De Cesare says: “Nintendo has a strong belief in the role media must play in helping to bring our range of games and entertainment to market. We’re working with an agency that has consistently delivered creative and effective thinking.”