The “Help Give Them A Voice” television campaign aims to attract social workers who have left the profession, those looking for a career change and those pondering their first career move.

The TV spots, which will also feature former EastEnders star Michelle Ryan and Silent Witness’ Emilia Fox, will see each of the actors involved playing the role of a child or adult in need of the support of a social worker.

The campaign comes as many express concern that the uproar surrounding the death of Baby P could have discouraged many entering the profession.

Ed Balls, Children’s Secretary, says: “This hard-hitting campaign will mean a big step towards raising the profile of their work and showing what social workers deal with every day.”

Balls launched the campaign with Morton, who was herself looked after by social workers when she was a child.

The work has been created by Publicis.

Cancer Research has launched a new brand identity and tagline in the lead up to the 2009 Breast Cancer Awareness Month in October.

HMV has bought half of online music retailer 7digital in a bid to grow to its digital business, a move which comes as the entertainment group reports a drop in sales. 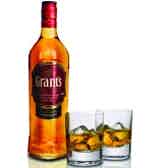 Whisky brand Grant’s has signed a sponsorship agreement with radio station Classic FM as part of additional marketing investment in the run up to Christmas.