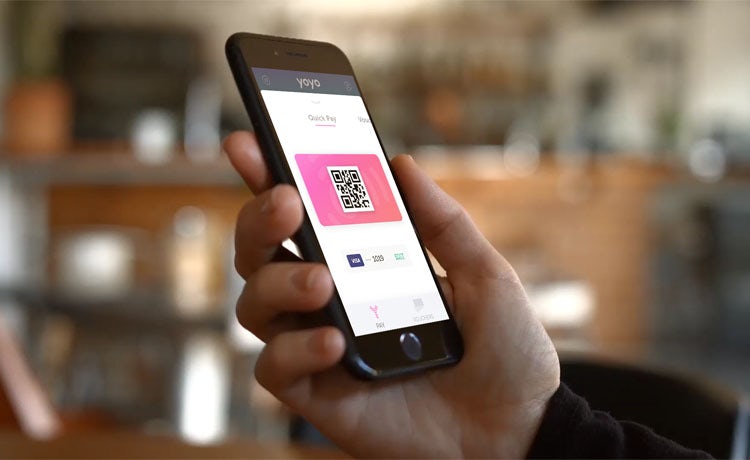 Shake out your wallet and you’ll most likely find a number of loyalty cards gathering dust. Or perhaps you recognise the feeling of frustration when paying for your morning coffee, only to realise you’ve lost your paper stamp card. These are problems Yoyo Wallet is looking to solve.

Talks for the company started around 2012, when mobile payment was becoming an increasingly hot topic of discussion. Apple was in the process of setting up its mobile payment system, while Starbucks overhauled its loyalty scheme by allowing people to pay for their drinks using its app.

Both developments sparked an idea among Michael Rolph, Alain Falys and Dave Nicholson. They wondered why if mobile payment was going to play such an important part in people’s lives, most retailers hadn’t started exploring it yet. They also looked into loyalty products such as the Tesco Clubcard and figured there could be a better way to approach it.

“These guys know who their customers are. But to this day they haven’t actually managed to digitise their whole programme. So the founding thesis was ‘let’s do Starbucks meets Tesco Clubcard but better’,” the company’s CEO Michael Rolph, who previously worked at PayPal and Barclaycard, tells Marketing Week.

The result was Yoyo Wallet. It combines a mobile payment system with loyalty programme capabilities, providing a platform for retailers to engage with their customers in-store and encourage them to come back.

And loyalty programmes are just really not very smart. If you ask retailers why they do it, they do it because someone else is doing it. It’s not really generating any insight.

After downloading the app, consumers can use it to pay in store. It then automatically issues any relevant stamps or points, while also allowing retailers to target them with personalised offers depending on what they buy. For example, one offer allows you to pay upfront for 10 coffees, and get three on the house. Consumers can also share their vouchers with friends and family – thereby effectively turning them into brand advocates.

For retailers, the opportunity is in getting to know their customers better based on their purchase behaviour. Yoyo Wallet identifies customers, but anonymises and tokenises their identity – which Rolph says “is way ahead of where GDPR is looking to get to”. Consumers are then placed into similar segments for retailers to target.

“Even though retailers can get to know you as a customer, they are doing that through your behaviour and your preferences as opposed to your personal and financial information. You don’t need to know my name or phone number if what you know about me is that I’m the type of guy who will come in before 10am and spend around £5,” he explains.

Moving responsibility from consumers to retailers

Rolph believes the responsibility for collecting loyalty should move from the consumer to the retailer, which would allow brands to gain more insight into who their customers are.

“All the onus from loyalty is on the consumer to remember [to collect]. There is a lot of pain felt by people that have forgotten to collect their points, or in the case of these paper stamp cards, they lose them. And loyalty programmes are just really not very smart. If you ask retailers why they do it, they do it because someone else is doing it. It’s not really generating any insight,” he says.

The app initially launched with Imperial College London in 2014, and quickly rolled out to other universities. It consequently set its sights on the “quick service market” by partnering with brands such as Café Nero and Planet Organic, as well as some 300 corporate head offices. People working at Visa and JP Morgan, for example, are able to pay and gain rewards using the app.

While many retailers might struggle enticing customers to return to their loyalty apps, Rolph says this is not a problem for the company. And it has seen rapid growth. In its first month of trading, Yoyo Wallet handled 8,464 transactions. This month, it is looking to process just under two million. It has 700,000 registered users of which over half (roughly 366,000) are active monthly users.

“At Visa’s head office, the most accepted form of payment is Yoyo. When somebody understands the inherit benefit of using the app to pay and collect loyalty [points], they keep doing it. We have retention rates as strong as any social media or news app. If you look at JP Morgan’s office in Canary Wharf, Yoyo has a 56% share of check out and this is growing,” he says.

Having raised £21m sterling to date, Yoyo Wallet is now looking to conquer the banking sector. The Competition and Markets Authority is forcing the nine largest current account providers in the UK to implement ‘Open Banking’ in January 2018.

This means customers can allow third parties to access their current accounts to gather transactional data or initiate payments. And banks can build different services into their apps, which offers a lucrative opportunity for Yoyo Wallet. Even though Rolph is unable to share which high street banks it is partnering with, multiple deals are in the pipeline for 2018. So far, it has already inked a deal with mobile-only Starling Bank. Every time a user pays using their Starling card at Yoyo-accepted retailers, they will instantly earn loyalty points.

“We will be one of the first to have a license to operate within the Open Banking framework and can then provide retailer loyalty into banking apps. We’re able to automate a loyalty and reward experience on behalf of the consumer in a way that you don’t have to do anything for it. You transact as you normally would, and you’ll be told by your bank about the offers or stamps you’re unlocking,” he explains.

Yoyo Wallet doesn’t do any marketing, with its retail partners responsible for promoting the app to customers. But Rolph also says this is due to marketing’s high cost, adding that it is a “very fast way to burn through investor cash”. Instead Yoyo Wallet has focused on building the product and its technology.

He concludes: “We need to continue investing ahead of time in building the company out and make sure we scale. It’s the best challenge that any tech company could have, is to scale ahead of audience demand.” 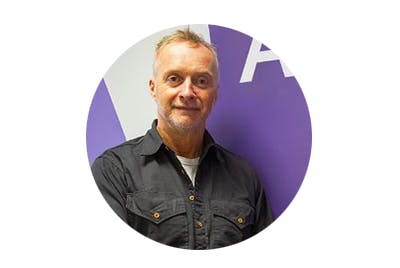 Festival of Marketing 2015: Anthony Thomson, who is set to disrupt the banking sector when he launches mobile-only Atom Bank later this year, says he “fundamentally disagrees” with the fact that most businesses’ main purpose is to make money.