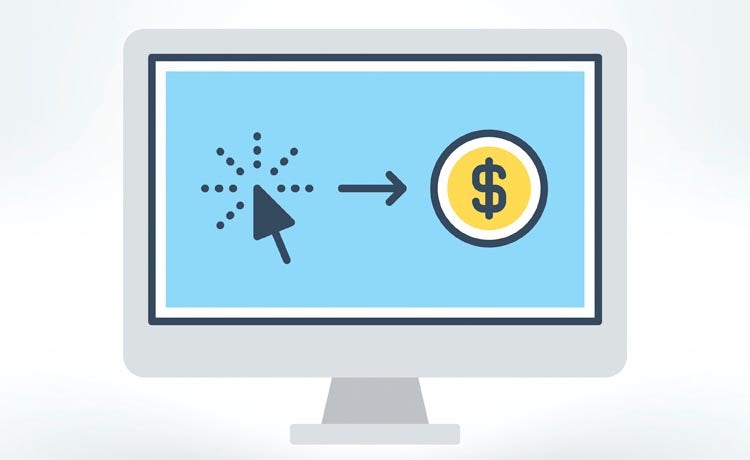 Programmatic advertising is accounting for more and more ad dollars. Emarketer estimates it will account for three-quarters of the UK display ad market this year.

The promise of programmatic is that it makes advertising more targeted and therefore relevant and it makes buying more efficient. By using technology and data to automate media buying, the idea is that it becomes easier and cheaper for a brand to reach its target audience.

“The more data marketers have at their fingertips, the more personalised the ads become. That’s what programmatic over the last few years has really pushed forward. Secondly, programmatic allows you to test and learn and find the content that works best – and it can be done in a far more scalable fashion,” says Aly Nurmohamed, vice president of global publisher strategy at Criteo.

Despite these promises, in reality programmatic has not quite had that impact.

“We still have a long way to go to get through the promise of targeting the right person at the right time with the right message, but from what I’ve seen over the last seven years we are doing much better. The initial promise of efficiencies we’re still working on,” says Lara Izlan, director of programmatic and audiences, at Auto Trader.

There are also other issues with programmatic. That is exemplified by The Times investigation, which found ads for many large brands appearing on hate sites and next to YouTube videos created by extremists.

The fact ads are bought programmatically targeting audiences based on demographics and behaviour means brands do not always know where and when they are appearing.

This lack of transparency led Procter & Gamble’s chief brand officer Marc Pritchard to issue a call to arms on the industry to clean up “the murky media supply system” and improve areas such as viewability, ad fraud and measurement.

The concerns are so great that some brands, such as Channel 4 and L’Oreal, have started pulling their advertising from YouTube, and Google apologised for its mistakes. It is by no means the only culprit but as one of the biggest players in the digital ad ecosystem fingers have unsurprisingly been pointed at it.

We need to start talking about programmatic in a language that makes sense. Once we do that, we can become more transparent from all sides.

One of the other big issues is that programmatic has become bogged down with jargon, meaning many brands see it as a ‘black box’ they don’t understand. Some players in the digital landscape are taking advantage of that.

“We need to start talking about programmatic in a language that makes sense. Once we do that, we can become more transparent from all sides, as it will show how the industry works, how to best use it, and get brands into that conversation so that they understand where their budgets are going,” Izlan says.

However, some have placed the blame firmly at agencies’ feet. Increased automation has led many brands to lose control over where their ads appear because it is not possible to vet thousands of sites for each campaign. Media agencies and their trading desks also have targets to hit, and trying to meet these targets with quality publications is a lot more difficult than opening up a campaign to sites that sell inventory at ultra-low costs sites.

“There is a lack of transparency in terms of where the ads sit and how audience profiles are garnered. Media agencies won’t give up this information, and simply tell brands to trust them. This is impossible if you can’t share where the media sits,” says Neil Eatson, CEO and founder of consultancy agency Appraise Digital.

One of the more negative impacts of programmatic has been a focus on price over quality. Hamish Nicklin, the Guardian’s chief revenue officer, says digital has become about how cheaply advertisers can buy specific audiences at scale.

“That has applied to everything, from branding to direct response,” he says, speaking at AdWeek Europe last week (23 March). “We are in a world where the only thing that matters is firing out as many ads as we possibly can to particularly audiences at scale as cheaply as possible. That is the prevailing wisdom of the digital ad paradigm regardless of a [brand’s marketing] strategy.”

He compares strategy online with that offline using the example of Rolex. The brand wants to reach wealthy city workers, but if it used the same strategy offline as it does online it would end up putting its ads above urinals in bathrooms in city pubs, he says.

Peter Edwards, chief strategy officer at the Engine Group, agrees that everyone in advertising must start to understand where the value is in advertising online. For some the scale provided by reaching as many people as possible is worth some cheap advertising. For others ad placement and the environment should matter.

“There is a requirement for all of us to be much more circumspect of what real value in the ecosystem is. Clients and agencies need to be much harder on themselves and be more dedicated to the pursuit of quality. We have to be much more hands on in terms of what is right or wrong,” he explains.

While most brands are nervous about ad fraud and worried their ads are delivered to ‘non-humans’, Edwards argues the bigger challenge is based around whether the ad is visible, and for how long.

“It’s incumbent on any player to address the way we want to buy. It has to be so much clearer than it is now,” he explains.

Another challenge within the ad industry is that in the rush to roll out programmatic advertising, the user experience has often been put last – leading to frustration among consumers. Many people can relate to being chased around the internet by a product they purchased weeks ago.

It’s incumbent on any player to address the way we want to buy. It has to be so much clearer than it is now.

“The ambition of pushing programmatic forward has led to the balance of monetisation and the user experience sometimes being tipped slightly the wrong way. It’s a very delicate balance, which is why issues around ad blocking are now coming up,” says Izlan.

“Brands are putting more interesting dynamics in front of people, but all these creative are quite heavy and can interrupt the user experience. These are things we need to think about a lot more. This is key to the longevity of this industry in general, because after all we need users to reach.”

Some see taking programmatic in-house as the answer to the problems. Pernod Ricard took its digital and programmatic buying in-house last year because it believes it is more “cost-efficient”.

Despite the obvious upsides of placing programmatic buying in-house, not every business will be able to do this due to the complex technological infrastructure that comes with it. Yet with programmatic expanding into new sectors such as TV and outdoor, understanding it will only become more important.

“Programmatic is going into more different commodities of media, so it’s important to educate client how big it will become. Brands can then ensure they get their structure set up now, so that in three or four years’ time when it is used across different mediums, they can use it in the best way. At the moment many brands simply do not have the right team or manpower in place,” Appraise Digital’s Eatson says.

Ad tech suppliers are looking for ways to solve some of the issues. New technology is steadily entering the market with the aim of raising quality and transparency. One such method is post-trade programmatic. When brands buy an impression through ‘regular’ programmatic advertising, they tend to get around eight to 10 pieces of information on who the viewer is, which might include their demographic or location.

Once an impression is bought, most brands would typically serve the ad and then review how good it was afterwards. With post-trade programmatic advertising, brands can interrogate that impression across 400 or more fields of information, including where the traffic is being served and viewability of the ad.

“What that allows the system to do is to make a decision. You can serve the ad, but if it’s not good you send it back to the ad exchange. It means you’re still buying at market rate, but you only end up buying the highest quality – the other stuff is substandard. It’s really smart tech,” says Engine’s Edwards.

Another form of programmatic tech that is looking to improve the user experience is header bidding. Regular programmatic works like a waterfall – brands start bidding for a user’s impression, and if the price is not met, the impression is offered to another ad exchange – essentially offering them the second bite of the cherry – and so forth until a price is met. This can lead to frustration with the user as the page takes time to load properly, and can lead to brands paying a bad price.

“Header bidding means that instead of a waterfall, it works parallel and approaches different DSPs at the same. This is better for publishers and brands, who both get a better deal,” Edwards says.

Marketers must educate themselves

Despite the progress being made, skepticism remains about whether the problem can be solved, with Richard Foan, chair at JICWEBS, an organisation which looks to insure independence and comparability of measurement on the web, saying programmatic ad fraud is simply unavoidable. All that can be done is reduce the risk of it happening.

It is worth recognising that programmatic advertising is still nascent and there’s more work to be done by the tech vendors. In the meantime, however, brands need to put more pressure on their media agencies and understand where things are going wrong.

As Edwards concludes: “P&G’s Pritchard has quite rightly shaken up the system, as there are lots of things that are wrong. But the clients have to start putting more pressure on media agencies and understand exactly what they are doing. They need to recognise that there’s some value leaking in the system, and figure out what is acceptable and not acceptable practice.”

With 90% of advertisers reviewing how they buy programmatic ads, is taking the practice in-house a solution or likely to throw up just as many challenges? 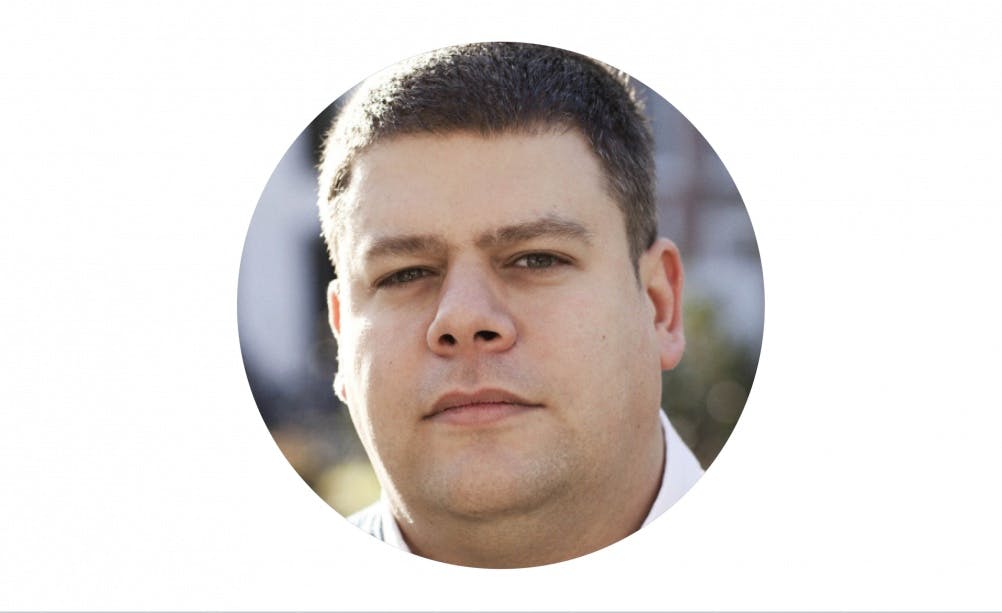 Paul Nasse UK commercial director     Programmatic media is often touted as the fastest growing phenomenon in the global advertising industry. A recent IAB UK report found that UK digital ad spend grew 16.4% in 2015 to over £8.6bn, with the share traded programmatically rising from 47% in 2014 to 60% in 2015. Programmatic […]