Steckler is the highest profile UK departure from the business since AOL began its voluntary redundancy programme in November.

Kate Burns, head of European ad sales for AOL, will take on Steckler’s responsibilities as part of a broader remit.

During Steckler’s stint at AOL, which started as interim MD of AOL UK and VP of interactive marketing, he was responsible for integrating its various ad businesses under the Platform A brand, subsequently rebadged as AOL Advertising.

An AOL spokesman confirmed the departure. “Michael has decided to leave the business at the end of January for personal reasons,” he said. “He thinks the time is right to take on new challenges outside AOL and we wish him all the best.”

Earlier today, AOL announced it was shutting its Spanish and Swedish offices having achieved cuts of 1,100 staff via its voluntary programme (nma.co.uk12 January 2009). It’s seeking to downsize its original staffing of 6,900 by a third.

This story first appeared on NewMediaAge.co.uk

Time Out and Xfm have signed up to be media partners for HMV and Mama Group’s Next Best Thing festival, which will be headlined by chart artist Paloma Faith. 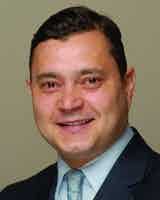 Ken Parnham, managing director of Adtech UK & Ireland, offers his advice on how to get the best results from online marketing campaigns.