Since partnering with Water.org on the ‘Buy A Lady a Drink’ (BALAD) programme nearly three years ago, Stella Artois says the partnership has succeeded in making its brand “more culturally relevant” among millennials.

The BALAD programme was co-founded by Hollywood actor Matt Damon and aims to provide 3.5 million people, particularly women with families in the third world, with long-term access to clean water by 2020.

Since Stella Artois first linked up with BALAD in 2015, it has donated $3m (£2.4m) directly to the programme. It has also raised money by selling limited-edition glass chalices, giving $6.25 to the charity for each chalice sold. In total, it has sold more than 225,000 chalices, raising enough money to provide one person with access to clean water for five years.

However, this year, Stella Artois is looking to provide a more tangible way for people to donate than the chalice. Consumers who purchase a limited-edition pack of Stella Artois at a supermarket will provide six months of clean water to the developing world, while every bottle purchased in pubs will provide one month of clean drinking water.

Every era of marketing has a different path brands must follow to be culturally relevant and our insight shows that ethical campaigns are now the key.

A new 30-second TV ad (see above) also demonstrates how purchasing the limited edition bottles will make a difference to a woman and her family in the developing world, with the emotive visuals intercut with Damon talking up the campaign.

According to Stella Artois’s senior brand manger Rowan Chidgey, the campaign has so far resulted in sales of 225,000 chalices and $3m (£2.4m) in donations to the developing world. She says 800,000 people have been positively impacted by the campaign, while last year the advertising activity received 40.5 million impressions in the UK and 90% positive sentiment.

Admitting that Stella Artois has a historic reputation for being more of an “older person’s drink”, Chidgey is particularly happy at how the campaign has opened up the beer brand to a younger audience.

She tells Marketing Week: “Younger people are considering us more as a brand and we’re becoming more relevant to them, and that’s been reflected not just in rising sales but in our brand equity as well.

“It is fair to say historically Stella Artois is seen as an older [person’s] brand so we needed a new way of resonating with a younger audience. The ‘Buy A Lady A Drink’ campaign has been perfect for achieving that.” 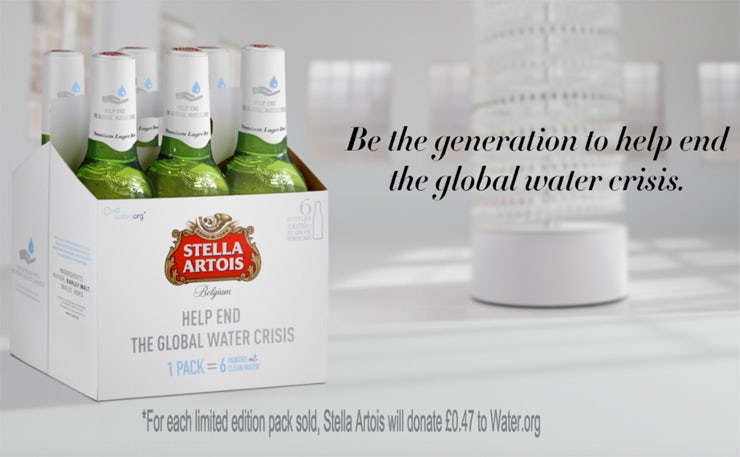 A lot of major brands have taken a social stance recently, particularly against US president Donald Trump’s many controversies. But Chidgey insists the beer brand’s work with Water.org, which will run until 2020, isn’t about jumping on any bandwagon but about staying culturally relevant.

“The younger consumer wants to know how they can leave a mark. It isn’t about being political but knowing that by supporting a brand they can make a difference to the world,” she adds. “Every era of marketing has a different path brands must follow to be culturally relevant and our insight shows that ethical campaigns such as this one are now the key.”

For the third year of the campaign, Chidgey says continuing to raise consideration, particularly among the 25-to-35-year-old age group, will be Stella Artois’s key success metric. And she advises that brands looking to partner with charities on similar projects should only do so if it fits with their values.

She advises: “There must be a clear reason why you’re doing it as a brand. Water is a key part of our brewing process, so we don’t take it for granted and therefore this campaign was a natural fit. This is also something Matt [Damon] created, so he has a real passion and connection with the campaign.

“If you’re just looking to find a random Hollywood celebrity to co-sign something your brand has no tangible links to then it isn’t a good idea.” 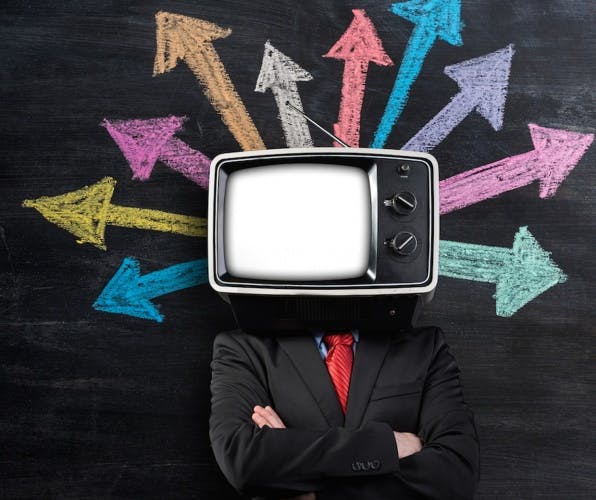 Thinkbox expects TV ad spend growth to be flat this year as concerns over Brexit make marketers uncertain over how they will spend their budgets.

From Unilever putting an end to Kraft Heinz merger speculation to L’Oréal launching an e-mentorship programme, here are the five marketing stories that mattered this week.